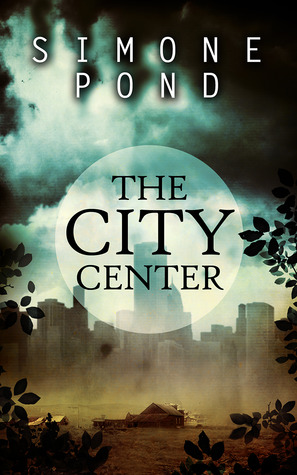 Ava Rhodes is an elite that lives in the Los Angeles City Center which is the only known bastion of life in a future post-apocalyptic world. Ava is bred from birth to be a successor candidate, someone who must spend their entire life competing in a game to become popular. Her popularity being voted on by the people, she stands to win the greatest prize in the City Center; to become queen. Ava’s plans for the future are quickly turned on its head when a terrorist from the Outside breaks into the utopian society and inspires doubt in Ava with a book that tells of humanity’s forgotten history. With the horrifying proposition that her entire life has been a lie she sets out to find answers. The journey she takes is not an easy one; she finds love, heartache, and loss. Ava is a stand out character and her life in the decadence of the City Center stands in stark contrast to the simple, easy going, agrarian lifestyle that people on the Outside lead. The City Center stands as a symbol for human ingenuity, technology, and peace, but Ava learns that the City Center’s purpose is much more sinister. The City Center’s director instigates fear in the form of a relentless and irrational attack on the City Center by outsiders to advance his ultimate objective of creating an intentionally misinformed populace whose fear and discontent are pointed towards a nonexistent enemy so that the City Center may continue its parasitic existence; everything Ava must change.

The first thing that I noticed about The City Center is how much it resembles The Hunger Games; in the best way, I think. Where Katniss’s internal dialogue seems to overwhelm The Hunger Games, Ava is more extroverted which leads to a much faster paced adventure. Where the novel tumbles for me is in its deeper logic. Ava was training to become a successor candidate and competes in some kind of a game in the arena, but I don’t believe we were told what that game actually was? How was it that the City Center stands as the pinnacle of human technology, but a bunch of farmers are able to crack City Center databases and take over the city’s security protocols? The elites seem to rule with an iron fist, but then seem to care what their own manufactured society thinks of them. All this might lead you to believe that I didn’t like the novel; on the contrary. I actually really liked it as a YA novel, I think it hit all the right notes. My displeasure with the finer points of the novel really derives from the novels potential to be great but falling short. I found it really hard to give this book a star rating; I was jumping back and forth between 3 and 4 stars, this is a time when I wish I had a scale of 1 to 10. I only gave the book 3 stars because I felt that the dialogue wasn’t very dynamic and character development wasn’t on par with the amount of effort the author put into building a fantastic world. If you love The Hunger Games, The City Center should definitely be your next stop.

Get more info on Simone Pond at http://www.simonepond.com/