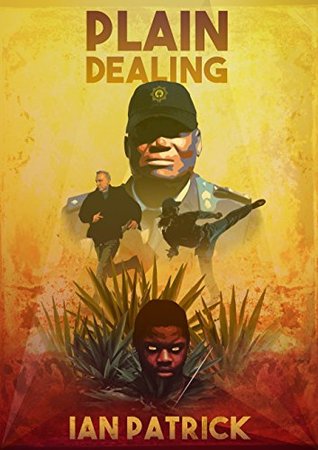 Plain Dealing (the Ryder Quartet Book 3) by Ian Patrick is a mystery, thriller and suspense novel. It’s the third book in the series and follows the activities of six cops after they execute four criminals for committing a crime. What they didn’t know was that there was someone watching them as they executed the thugs. The witness, Thabethe, decides to go the media with what he saw and thought he would include Detective Jeremy Ryder in with the group, as a sort of payback for Ryder coming down on him. Now the cops who committed the execution style murder are out to shut Thabethe up while Ryder tries to piece together the puzzle.

Plain Dealing is a novel that addresses the emotional, ethical and even criminal choices that law enforcement officials handle on a daily basis. It plays on the moral struggles officers go through to maintain their control over crime. Ian Patrick creates a thrilling tale filled with action, suspense and drama. He brings his story to life through minor details such as Sugar-Bear growling at a shady journalist and well developed dialogue. He builds up the suspense and draws out the reader’s anticipation for what will happen next. Details are so rich that readers can see the story unfold as if they’re watching a movie or seeing it firsthand. Patrick’s words are vivid and realistic. They bring out the reality of the tough choices police officers need to make as they confront brutal and heinous crimes.

It’s evident that Patrick did extensive research before writing Plain Dealing. I got the feeling that the descriptions and character actions were accurate. The setting of Durban, South Africa is an interesting one as most books of this kind take place in urban cities. It is refreshing to see the fictional war on crime taking place in a unique and almost exotic setting. It brings to light the reality of crimes in other places, not just in the United State, something we tend to forget or try not to think about. There were moments that seemed dull and stifled, but those are few and far between. Once readers read this book, the will want to read the other books within the series. This novel truly is a page turner; one that will burn itself into the reader’s memory and stay there for a long time. Readers will read this within a day as they will not want to put it down for one second.

Plain Dealing is a riveting tale that keeps the readers guessing only to be surprised at the next turn. This is the perfect addition to the library of any mystery, thriller, and suspense fan. There are elements of this novel that puts it into the caliber of best sellers like James Patterson and John Grisham, they should watch out for Ian Patrick as he is a compelling contender in the mystery genre.