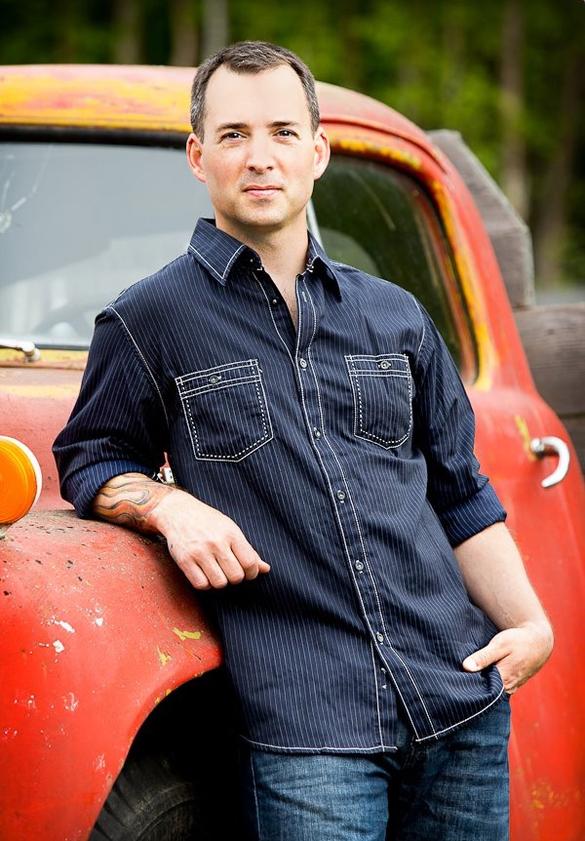 Thicker Than Blood is a fast paced action story about a battle hardened veteran desperately trying to keep his daughter safe. What was your inspiration for Hayes’s character and the relationship he has with his daughter Charity?

This story went through many evolutions before it became what it is today, but regardless of his back story, Lynn Hayes remained the same at his core. He was born with a talent for leadership, unflinching courage, and an irrepressible will. He inspires others by actions, not just words. He believes in duty and honor, and that is evident in all aspects of his life, including his role as a father. I drew upon my own experience as a father of two daughters when describing the interactions between Lynn and Charity. The main inspiration for Lynn Hayes was my own father and his father. My training as a United States Marine and a US Army Soldier, and all of the heroes I served with had no small part as well.

There is a mercenary in the story that is after Hayes and Charity that doesn’t seem to stay dead. What was your process in creating that character and developing the characters motivations?

I started with his appearance and imagined what a person might fear about him. I designed Death to be heartless and cruel, then crafted a relationship between his moral decline and a life changing interaction with the main character. Death is the antithesis of Lynn in every way. I wanted him to be someone the reader could hate. His physical characteristics resemble his flawed personality. He’s gaunt and pale to the point of being skeletal. He towers over people and intimidates, hungers for power and is driven by revenge. Death craves blood, revels in savagery and abuse. Death also introduces the reader to blood magic, the source of his regenerative power. Throughout the story, Death’s blood lust grows in direct relationship to his indulgence in blood magic. My goal was to create something that oozed evil, and enabled supernatural changes in Death and others affected by blood magic.

What was the idea, or spark, that first set off the need to write Thicker Than Blood?

I began writing about Charity and her father, Lynn Hayes, as a bedtime story for my daughters. Believe me, the story I started back then didn’t look anything like it does now! When I made the decision to write for a more mature audience, I revised the story to meet my own preferences and satisfy my guiltiest pleasures. I love a violent and gritty story with larger than life characters, and an underdog who faces insurmountable odds.

I find a problem in well written stories, in that I always want there to be another book to keep the story going. Is there a second book planed for Hayes?

Book two is in the works! In the second book, a new hero joins Lynn and the others to fight against Duke Dennison and the Rebels, and a new threat from over the mountains. Foss Bird is the biggest bastard anyone has ever seen. In his first battle, he wields his axe with such brute force that it breaks against a stone, leaving him with a blunt hammer. Foss towers over the battlefield, and sweeps aside the enemy ranks. Unafraid of the revenant soldiers, he strides forward, breaking bones and crushing skulls. Singing as he smashes all those in his path, Foss earns the moniker “Hammer.” Thus the Hammer Battalion is born.

Lynn Hayes will do anything to keep his daughter safe. He is a battle hardened veteran who doesn’t flinch, he swings…hard. When a mercenary named Death picks up their trail, Lynn cuts him down, but the evil bastard won’t stay dead. Allied with a smart aleck Lieutenant, and a luckless cripple, Lynn knows that fighting dirty is the only way to win. The bloody and vicious fight that follows revives an old legend and inspires hope in a people who desperately need it. They need it more than anyone knows, because Death is not just a mercenary, he is a harbinger of darkness yet t come.