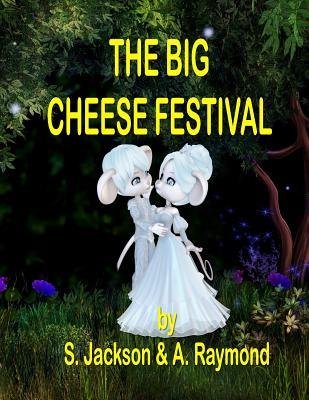 There are issues that plague all children as they grow up. Each child struggles with identifying who they are as a person, how they relate to other people and how to find out what they believe in. Children can be cruel to each other while they learn how to navigate the messy world of emotions. This can come out in the form of bullying. In The Big Cheese Festival the authors explore the concept of bullying and how it can impact the life of another. What may seem like funny and harmless words to one can truly hurt another. We’ve got a fantastical world of anthropomorphic mice, one of whom only has half a tail. He is named Stubby and due to the unkind bullying from his brother’s friend worries about whether or not he’ll find any worth in himself.

Bullying is a big issue to tackle. Some children’s books try to address this and drop the ball completely. Jackson and Raymond have bundled up the idea of bullying in their book. They take an obvious difference, like having half of a tail, and use it to illustrate how others might react to something so clearly different from the norm. It’s a cute book with the little mice getting ready for a festival. Cutter Mouse, who is friends with Stubby’s brother, is the perpetuator of the bullying. It is often someone close to the bullied who begins the abuse, which Jackson and Raymond have captured here.

While the story is simple and easy to either read or read to a child, there are a few areas in which it lacks. The mice all look exactly the same, in the same outfits. The girl mice have different hairstyles but the boy mice don’t have anything to separate who they are from each other. Different coloured outfits may have helped with this issue. The mice also don’t seem to express emotion. For a story about bullying and overcoming that, showing joy or sorrow would be necessary.

Stubby does stand up to the person who is making him feel poorly which is an important message to children. He doesn’t do it with violence or by calling Cutter names back. He uses his words. S. Jackson and A. Raymond know that children need to learn these skills to survive in this modern world. The Big Cheese Festival helps to make it less frightening and more relatable by creating a fun and entertaining world.