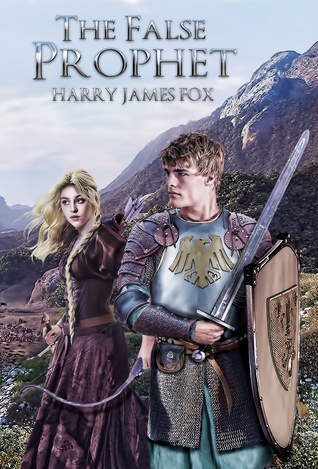 The False Prophet, by Harry James Fox, is set in a post-apocalyptic America where a plague wiped out a large majority of its inhabitants. The remaining populace, left angry and bitter, instigated wars and caused even more deaths while seeking retribution from various groups of people. With all remnants of modern civilization long gone, their society was essentially thrown back into the dark ages. At the opening of the book, the son of a mysterious prophet named Hiram Abaddon now seeks to continue his father’s legacy of dominion over any that do not support him.

The book has Biblical references with the main opposition to Abbadon (the False Prophet) consisting of Christians. The story plays out like one would imagine the tribulation as discussed in the Bible, with Abbadon seemingly synonymous with the Antichrist. One man, Donald of Fisher, along with a group of comrades, sets off to gain support in the fight against The False Prophet. The book is definitely picks up speed as the story progresses; the first half is slow to build and relatively uneventful but does well to setup the rest of the story. In this way it reminds me of Game of Thrones, in that it was a lot of information upfront, but once you were caught up, you were hooked. When news reaches Prophet City that there is an uprising, the story line really picks up and keeps you on the edge of your seat. Right from his introduction in the story, The False Prophet’s character is intriguing and easy to hate. Which is a perfect setup and a stark contrast to Donald of Fisher. The fact that the False Prophet is easy to dislike and connect with as an enemy really helped to keep my interest piqued. Although I felt like Donald’s character could of used more depth, it could easily be that I wanted this depth because his character was also so intriguing and begged to be explored.

Personally, I love the Biblical undertones of the story and the fact that a lot of the chapters open with a Bible verse helped to give insight into the chapter’s direction. I also like that the Biblical alignment is less obvious than in some other books that have attempted to use a similar setting or premise. Because of how it is done, I think this book will be more appealing to the general public than to a very specific niche. Overall, I find The False Prophet to be a fascinating and entertaining story. I can’t wait for the next one!