← For Their Sins
The Assassin’s Trail → 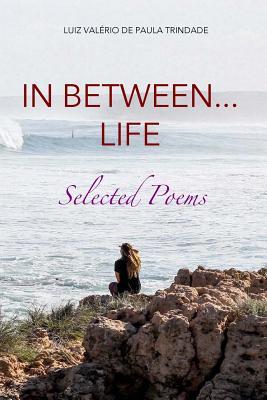 In Between… Life by Luiz Valério de Paula Trindade is a collection of 30 of the Brazilian poet’s English-language works. Each poem is headed by a full-page, colour photograph that is related to the topic of the poem, showcasing the poet’s other loves of photography and travel. In the introduction, he states that his vision for the collection was to capture a range of human emotional experience in the most apt words possible, but without making the poetry feel inaccessible and distant. It’s supposed to feel like a conversation with a friend.

I loved the idea behind this collection, of sharing poetry as widely as possible. I can certainly imagine philosophising about some of the topics late into the night with a friend. Unfortunately, in places this aim detracted from the poetry itself, leading to the telling-rather-than-showing, shallow exploration of Human Dignity, or some of the repetitive, clichéd references to an unapproachable woman in impenetrable armour.

In other places, though, there was evocative imagery that I instantly related to; Turning the Page is a mature description of unrequited love, and it’s expressed as a rounded story. Many of my favourite poems appeared in the latter half of the collection, and most had this same characteristic. The well-chosen order of the lines and stanzas of You Don’t Know allowed me to travel with the main character as their feelings developed, and the ending felt like the cliffhanger in a novel – I wanted to find out what happened next!

Love is a common theme, but I felt as though more aspects of it could have been covered besides the romantic one – Especially For You was a notable exception.  Within the romantic poems, Today stood out for me, written with a beautiful simplicity that was still deeply imbued with meaning. The repetition of similar phrases has a strength of several other poems. How combines this with descriptive imagery which really got me feeling its frustration! The rhythm adds to this nicely, but I thought the ending of it was a little awkward. I put this down to the occasional, unnatural syntax. I can imagine that in the poet’s native Portuguese these phrases would flow smoothly.

The last two poems I want to mention are Why I Write and Words. As a writer, their content resonated with me, and I think their description of the process and the importance of writing could help people who have different creative outlets to understand why I spend so much time doing it!

Overall, I believe the collection did cover a range of aspects of the human experience, and although it didn’t work for all of them, the poems that did benefit from the simple phrasing were very effective in bringing the emotions alive for me.

← For Their Sins
The Assassin’s Trail →