← A Lifelong Fascination
Beyond The Grumpiness →

More Than A Vampire

For Their Sins is based on the life of Alexandria a woman born in 1707, as the descendant of angels. Bearing the responsibility of her house, she will fight for both family and honor. What was the initial idea behind this story and how did that transform as you were writing the novel?

Most of my book ideas come from a random thought. Usually I will hear or see something and think it would make an interesting book. This idea was actually came to me when I was watching The Chronicles or Riddick. There was a random line where the Necromancers referred to humans as breeders. I thought it would make an intriguing story line for two types of vampires to be at war. Those that had children and those that did not. I think the idea changed the longer I followed Alexandria through her life. I wanted to make her more than a vampire. Alexandria needed a purpose and a reason to hate the Mordere. The biggest changes came at the final editing. The original story line seemed too dark even to me who understood the whole concept. It was changed and the angel theme was added much earlier than before. It balanced out the story and made Alex someone you wanted to root for.

Alexandria is a determined young woman. How did you capture the thoughts and emotions of a warrior princess type character?

It’s interesting to hear Alexandria described that way, it wasn’t how I intended her. I always imagined her as a hunter and the reluctant heroine. For me its never hard to write strong women. I usually think how my mother would react to certain situations; she’s certainly the strongest woman I know. In Alexandria’s case some of my own experience was thrown into the mix. For a long time I never wanted children either.

There were lots of great twists in the story that kept me flipping pages. When you first sat down to write this story, did you know where you were going, or did the twists come as you were writing?

When I start writing I usually have a general idea of major plot points in the book. How I get there is another thing entirely. This book was no exception. I worked on this manuscript on and off for six years trying to fit the pieces together. Alexandria’s first love affair was a total surprise to me and initially one of the characters wasn’t slated to be killed off. Some how it fit and I kept it. Originally the book had a much longer ending that always felt wrong to me. That was rewritten before publishing.

Currently I am working on Book 3 in the Chronicles of the Coranydas series. I am hoping to have it ready for publication around February 2018. 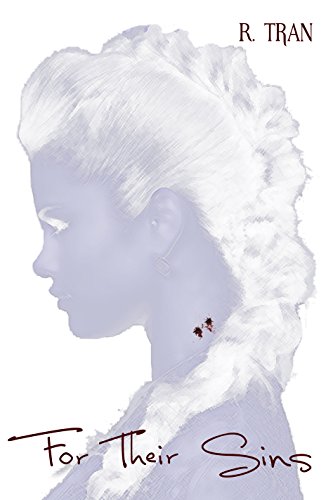 Alexandria Diego never wanted to be special. She was content to lay in bed with her lover forever. One decision will change everything. Suddenly, Alexandria is launched into a life of infamy, which carries a heavy burden that only she can bear. When a vicious war between her people, the Venandi, and their rivals, the Mordere, breaks out it forces Alexandria to change her tactics and be more cautious. But, when her love is captured by the enemy, Alexandria risks everything to get him back.

← A Lifelong Fascination
Beyond The Grumpiness →