Underlord of the Netherworld 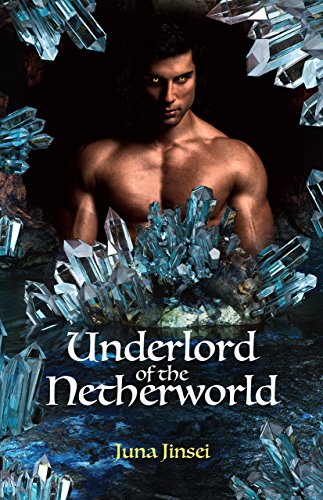 Decades after the fateful battle with the ruinous shadow monster, the Neverlanders are living comfortably in the afterglow of victory and harmony. As families grow and tribes evolve, the congruous balance amoung civilizations has nourished fairies, men, and mermaids alike. All good things must inevitably come to an end though, and with the abruptness of a sudden treacherous storm, the Neverlanders once again find themselves prey to a cataclysmic force, an invading army of Malomen. Author Juna Jinsei returns to the Neverland series with Underlord of the Netherworld, once again brilliantly melding age old wisdom and youthful spirit into this daring tale of life after Peter Pan.

As a fan of the first title in the series, The Essence of Neverland, I had naturally high hopes for this sequel. There was a charming poignancy to the first book, as impactful as it was impressive. Author Jinsei certainly did not disappoint with the caliber of thoughtfulness infused into this followup story. The profoundness of self-discovery is every bit as present, although the lessons themselves have shifted somewhat. Again, I really have to applaud Jinsei’s remarkable talent for exploring significant themes with such clever insight and casual relatability.

Although Underlord of the Netherworld may be lacking some of the more macabre moments entailed in its predecessor, the story is still steeped with hearty action, interjected on occasion by gut-wrenching moments of tragedy. The invasion of Malomen, a swarthy society of bloodlusting sea creatures, has brought with it the tides of war. Despite the love and unity shared among the Neverlanders, the cruel reality of battle leaves many villages devastated, ravaged by the unwelcome army. These passages were particularly moving to me, written with such vividness and sincerity that I couldn’t help but to imagine vast cities of war-torn wreckage, not unlike those we sometimes see on the news. In fact, much of the conflict within The Underlord of the Netherworld can be paralleled to our society’s current political struggles. Despite their progression and intelligence, the Malomen have little regard for the lives of the foreign land-faring civilizations, seeking to claim those territories as their own. Their lust for conquest is driven by greed, and fueled by ego, pride, and racial tension. I was incredibly impressed at Jinsei’s ability to craft such strong parallels to modern society, while remaining loyal to the setting and tone of Neverland and its inhabitants.

True to the style of the first novel, Underlord of the Netherworld earnestly explores the powers of communication, compassion, and community. Without spoiling any of the juicy bits, I will say that the resolve comes together beautifully, with a respectful nod to the opening title. It is almost incomprehensible to me how casually Jinsei weaves the severity of self-discovery into the light-hearted nature of the characters. Without being too stuffy or, alternatively, too childish, Underlord of the Netherworld is the perfect balance of altruistic deeds and daring actions. I’d happily recommend this book and will be crossing my fingers for the next title in the series!