← Underlord of the Netherworld
Testimony of a Villain →

The Ghost in the Mini Skirt 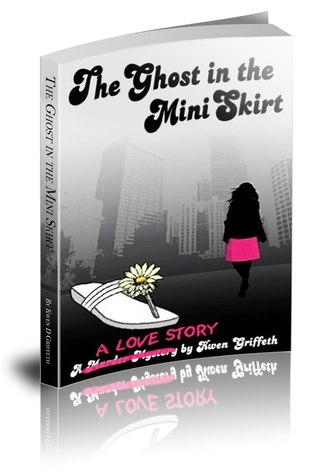 The Ghost in the Mini Skirt begins in Vegas where after a meeting between two good friends, Jack meets a beautiful woman who captures his attention. But after their chance encounter, life takes an unexpected turn for Jack. Ghosts, tortured souls and a smothering darkness lead Jack on the path of a supernatural mystery. Two long lost lovers will connect with Jack and Terri in hopes that the truth will be revealed. Will Jack be able to solve this twisted tale or will the story be lost forever in Vegas?

The Ghost in the Mini Skirt, written by Kwen D Griffeth, starts as what appears to be another love story with a lonely guy in a bar on Valentine’s Day. However, it quickly escalates into a supernatural, fast paced, edge of your seat mystery as Jack hits a man with his car in the middle of the night.

The novel has modern tones with the likes of coding, computer hacking and Vegas being integrated into a murder plot, however, the premise of the novel is based on two love stories, one old and one new. But this is no typical romance. Be prepared for ghosts and unsolved mysteries that lead new lovers and old lovers together. There are action, secret agent style missions and even fortune tellers that will keep the reader on the edge of their toes, desperate to find out the answers.

Jack is proud, smart and at times stubborn. I was immediately drawn to his character and loved how pieces of his life are revealed as you move through the novel. He does not live an ordinary life by any means and his background and expertise lead him to a life with underground secret tunnels, guards and connections with the military. He has built a successful career and has a strong moral compass that means he protects those who are good and takes down those who are bad. The information surrounding his career was presented with such conviction that it leaves the reader feeling as though they had been able to peek into a world that they had never experienced before.

The contrast between him and Terri create two characters that swirl together and connect like sweet and savory. An unlikely combination that somehow works and creates a dynamic that made the novel easy to read and enjoy. At times Terri and Jack clash with their alternative views on life but through this conflict they learn to grow and respect each other and their differences. The introduction to Terri is like no other introduction I’ve read before. The smooth moves, the precise description of her walk and her irresistible beauty will have the reader conjuring up a woman so beautiful that she turns heads everywhere she goes.

I would recommend this to anyone who enjoys a supernatural style, whodunit novel mixed with a dash of love and humor.

← Underlord of the Netherworld
Testimony of a Villain →