A Dialogue For Change 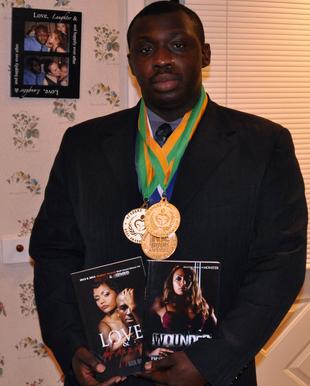 Black and White is contemporary novel focused on interracial couples and the stigma they endure. Why was this an important novel for you to write?

I felt with everything going on in the world today, this book was needed. I want this book to help improve the world or at least get people to start talking and create a dialogue for change. The world can be an ugly place and I wanted to show that ugliness so that people can also appreciate the beauty.

The story is set in a city filled with crime and focuses on the animosity between black communities and the police. You take a balanced perspective in your story, do you feel that is something that is lacking today?

I feel there is mistrust on both sides when it comes to the Black Communities and the Police. I feel that both sides need to work on change and the only way that can happen is with dialogue. I want this book to help. I’m an NYPD Detective and I feel that it’s important that Cops acknowledge that there are some cops who are prejudice and pray on minorities but at the same time it’s important that minority communities don’t assume that every cop is corrupt and prejudice. I feel society forgets that cops are people too. I feel that sometimes some cops become so calloused from the job that they began to see minorities as bad. Balance is the key to everything. Understanding each other helps also. I talk to communities often and sometimes after I explain certain situations to the crowd, they understand things better and have less animosity. Sometimes the community members help me see things differently than I do through the lenses of being a cop. In order for the world to get better, we all have to change.

Did you put any personal life experiences in this book?

I put some personal life experiences in all of my books. “Ben”, “Ebony”, and even “Bill” and “Becky” are all parts of me. At times I felt like Ben where I felt my own race believed I wasn’t “Black” enough and I was too “Black” for some White people. I know the struggle of dealing with the public at protests like Ebony. I’m an NYPD Detective. Like Ebony, before I became a Cop, I hated cops and I became one to make a difference in the world. I’m heavily involved in urban communities and I’m in an interracial relationship. I’m similar to Becky because I wrote this book to change the world. I wouldn’t want to alter it or tone it down. I love this story the way it is and my writing is important to me. I’m similar to Bill because I grew up in Queens Bridge. Despite growing up in a low-income family, I didn’t let my environment hold me back. I’m also a huge basketball fan and play regularly. Some of the situations and even dialogues in the book I have actually had or have been involved with. I like to put some of my real experiences in my stories because I believe it helps them feel more authentic.

What is one thing that you hope readers take away from Black and White?

I want readers to understand that we all have biases, we all have assumptions and stereotype, but it’s important not to base our actions and decisions on these things. It’s important to get to know people and not assume that a certain race is all the same. I want people to read this book and understand that love is love. It doesn’t matter what race your partner is, be with anyone you love. I also want people to feel comfortable in their own skin. Ben and Simone were examples of two characters that struggled with that and it’s important to know that until you have love and appreciation for yourself, you can’t truly do the same for someone else.

My next novel will be a story celebrating the strength of Mothers. I’m writing a story about three different types of Mothers in three different situations and I’m calling it “Mothers.” I hope to have the novel out in time for Mother’s Day. 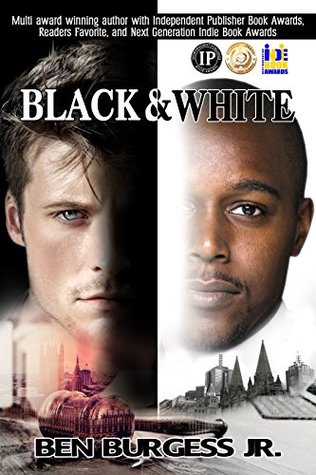 When the prestigious law firm of Wayne, Rothstein, and Lincoln catches two major cases—a rape case where a White NBA star allegedly raped a Black stripper, and a murder case where a Black rapper allegedly killed a gay couple and two policemen—Bill O’Neil and Ben Turner are tasked to handle these racially charged litigations. The cases hit emotional chords with the two lawyers and force them to reckon with their interracial relationships and families. Will the racial tension of their cases destroy them or make them stronger?