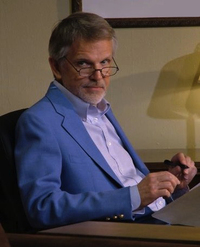 Pegasus follows captain Thorn as he and his crew embark on a fateful trip that will leave their ship sabotaged. What were some themes that you felt were important to highlight in this story?

This story is set about a hundred years in the future after a series of global conflicts that has destroyed governments and devastated the natural environment. But it’s not a bleak, dystopian future. My main viewpoint was that after things settle down, the Earth begins to heal itself and the survivors find a way to work together to make the world a better place. But people being people, there are still those who want to exploit the environment for their own gain. This is what’s happening on the moon, and it’s the discovery of this damage that drives the story. At one point, Thorn is standing on the moon looking at Earth; this beautiful, fragile, and completely unique jewel in the vast blackness of space, and he realizes how precious it is. It’s the only home we’ve got, and we’ve got to protect it. The theme is further explored on a smaller scale as this crew of very different people realize they have to work together if any of them are to survive.

Thorn is a laid back, hard-on-his-luck man full of quirks and a relatable backstory. Was there someone that served as inspiration for his character? How did he change as you wrote the story?

This is the first in what I hope will be a series of books. In my other series, David Larkin is the nearly perfect hero; smart, strong, brave, and almost always right. My wife observed that Larkin is who I want to be, and Thorn is who I really am. She might have a point. Thorn doesn’t consider himself a hero; he’s just a guy trying to do a job. He is sometimes selfish, sometimes cranky, and resentful of these people he’s forced to live with in a very confined space. But over the course of the story he comes to appreciate the different skills that these people can contribute to their mutual survival, and when he loses a crew member, he is truly touched and deeply saddened.

Steven Wilson, a huge part of the success of Justin Thorn’s mission, is a character I would like to see further developed. What was your initial idea behind his character and where do you see him going in the future?

Thorn readily admits that he doesn’t have a lot of technical knowledge, and Steven contributes skills that Thorn lacks. He’s a bit of a geek, very smart, with a lot of knowledge and a creative way of applying it. He’s the brains of the outfit. In their second adventure together, Steven will once again find a creative solution to a life-threatening situation to hopefully save everyone.

My next book is entitled Intrepid, and this time Thorn and Steven are going to Mars to attempt to rescue the scientists at the outpost there. But when they arrive, things go horribly wrong and the survivors must find a way to get their crippled ship back to Earth, millions of miles away. It should be out by the end of the year. 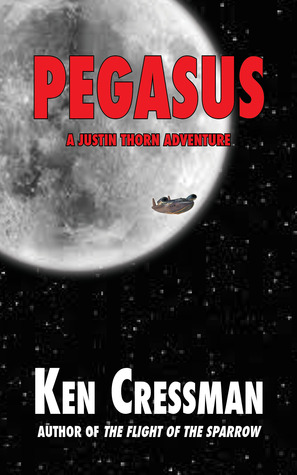 Captain Justin Thorn is hired to transport equipment and supplies to a mining colony on the moon. When they arrive, Thorn and his crew discover a shocking secret that could jeopardize all life on earth. On their return ship they find that their ship has been sabotaged, leaving them unable to return to Earth without burning up in the atmosphere. Trapped in orbit and with time and air running out, they attempt a daring maneuver that could either save their lives or kill them all.