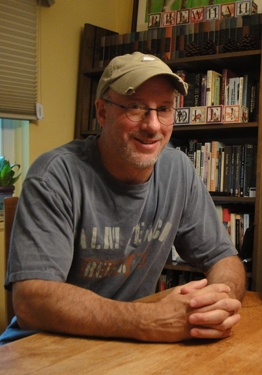 Liars follows Eric, a writer, who is struggling to write, when he becomes convinced that happy relationships are unsustainable. What was the inspiration that made you want to write this novel?

It seems at times we all feel this way, the ebb and flow of all relationships. The wondering of why we are with a certain person, or how to conduct ourselves in a relationship. Are we in the right place, is our definition of love correct or even sustainable? I wanted to explore this at the surface and work it from every angle. I began with the idea as laid out in the early pages of the novel that love is a dynamic that changes over time, for better or worse, and our perception of love, our understanding or lack thereof, is also a variable that messes with our relationships. I wanted to write of relationships from the perspective of love being fragile, mostly because we all have a tendency of fucking things up when the best thing to do is just let love and relationships evolve and carry on – or end – organically. In LIARS there is really only one character who gets this, and yet, whether or not she ends up happy, whether any of the characters end up happy or more attuned, is up to the reader to decide.

Eric is a fascinating character that only gets deeper as the novel progresses. What themes did you want to capture while writing his character?

That Eric is human and he is trying to figure things out, that his starting point is a bit skewed, he is flawed , that even his best intentions come from a confused place, that he, like everyone else, is scrambling to sustain and discover love only he is ultimately clueless as to what he is actually after. Until the very end, when you think maybe…. But with Eric that may as easily be a momentary place as well. I wanted him to be restless and not always wise in his questioning, but searching nonetheless.

Eric becomes fixated on a happy couple he meets in the market and is determined to tear them apart to prove that love isn’t real. Did you intend to explore love and relationships in this novel or did that happen organically as you were writing?

Indeed, as noted, the idea to explore love from different angles and perspectives was my intent going in. How does love sustain itself? What is love? Is it a form of freedom in which case to what extent is freedom offered, or is it a form of compromise to achieve something greater than the individual self? Is such a goal even possible? What of monogamy? Is it a social contrivance? What of open relationships? I had a lot of ideas in my head and then honestly one day at my market here in Ann Arbor I saw a couple that intrigued me for a dozen different reasons and I began to see the possibility of playing with many ideas about love through the lens of someone who views this couple and wants to test them.

I am writing a new novel now that is already under contract to my publisher. I hope to be done in the next year or so. Its a big sweeping look at our world through the prism of a single city.

Eric McCanus is a novelist with the misfortune of having written his one great book when he was young. Struggling to write more, recently divorced, while still missing his ex-wife, Eric becomes convinced that happy relationships are unsustainable. Determined to prove the accuracy of his theory, Eric stumbles upon a seemingly perfect couple at the market. Convinced the marriage of Cara and Matt can’t be as successful as it appears, Eric does what he can to break them apart. What follows is a psychological and philosophical comedy of errors. Liars is an exploration of love, relationships, and human interaction, a madcap romp through the vestiges of modern affairs, revolving around five characters, each spun drunk on the batterings of love while attempting to sustain themselves in a false world.