Raven and the Panther ​ 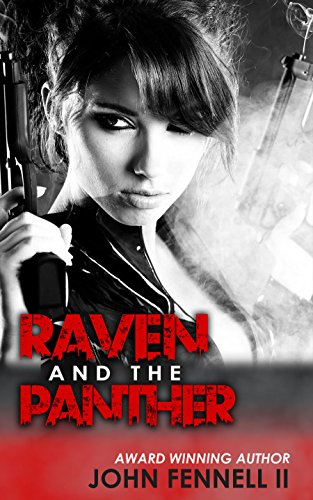 In ​Raven and the Panther by John Fennell II, readers meet very normal Barbara Ann, nicknamed “Raven” by her loved ones, a girl from rural West Virginia who, due to a shocking series of events, becomes an international spy in order to carry out a mission of revenge.

Raven’s story begins with her idyllic life – a perfect boyfriend completely devoted to her, a loving family, and a clear future pursuing work in the coal industry and caring for her aging mother. However, within a few short months and after several deaths, all of that is taken from her, and it’s not long before Raven’s excellent detective skills reveal it was the work of an organized crime unit right in her own small town. When she is given the opportunity to join a rival organization as a spy, she jumps at the chance to eventually even the score.

This story follows Raven as she faces the impossible question of following her heart or seeking an unknown and dangerous future in order to obtain justice. Readers will find themselves also asking how far they would go to do what they believe is right and what they would be willing to give up to find peace.

Raven’s quest is characterized by lots of spy bad-assery and revelling in watching a sexy, woman with a grudge toy with and rough up unscrupulous fat cats who think that their wrong-doings will never catch up to them. Raven’s organization takes down corruption at its most disguised level as they fight to preserve the conservative values that the book purports are sustaining America’s true way of life. If you want a story where right and wrong are black and white and the bad guys get what is coming to them, this story is extremely gratifying.

Readers are also treated to several steamy scenes which utilize a lot of creative terminology for bedroom extravaganzas. Removing these scenes from the book would make for a ​much shorter story, so plentiful are they, so get ready for the throes of passion and then some.

If readers can come to terms with the over-the-top dialog (“You know, Raven, during the day my heart is filled with love, and my dreams at night are only of you,” or “You bet, Naci. I love you so much. I don’t know how you do it, but your timing is perfect. I love our lovemaking”), a bit hard-to-follow scene transitions, and the suspiciously natural knack Raven shows for the spy industry, then they will love this book filled with swagger, romance, betrayal and action. From posthumous secrets to tracking down Nazi war criminals to covert Swiss bank accounts to international espionage to potato festivals, this book is one consecutive adventure after another.

Find out if Raven succeeds in her lifelong mission of tracking down the parties responsible for the deaths of those she loves, if her intrepid work will ever catch up to her, and if she can reconcile her quest to find peace with the ruthless deeds her new life demands.