The Love of Gods is a genre-crossing novel with elements of romance, supernatural, and mystery as well. Did you start writing with this in mind, or did this happen organically as you were writing?

Actually, I initially was trying to write a mystery with a hint of a simmering romance which I hoped would span several books, but I discovered pretty early on that I am a romance writer and not a mystery writer. So, I tossed my first draft and started over.

Lugos and Keely are interesting and well defined characters. What were some ideas that were important for you to capture in their characters?

Lugos is based on two different Celtic gods which gave me a place to start. I immediately understood who he was, what would be important to him, and a good portion of his backstory from the very beginning. And so from that jumping off point, he became a vivid character in my mind. I wanted him to value his intellect over his brawn. I also him to value humanity over his own kin. As for Keely, her southern sass is based on a waitress I know, and the awful taste in men is a nod to a dear friend of mine. Because Lugos is an immortal, I wanted Keely to have a resilient and courageous nature so that Lugos’s god-ness didn’t overpower the relationship. Even though she’s a mortal, Keely had to be his equal in many ways otherwise the relationship wouldn’t work.

I loved the backstory and world building in this novel. What were some sources of inspiration for you while creating this story?

I spend a lot of my time researching various myths and much of the characters’ backstories are tied to my understanding of those myths. The various gods in The Love of Gods all have their own histories in Celtic mythology and I drew from these. The shifter and witch communities have rich literary traditions that gave me a direction, a roadmap, of how they might respond if the world of the Pale truly existed.

This is book one in The Legends of Pale series. Where will book two take readers and when will it be available?

I’m happy to say that I am hard at work on several books in this series. The Fate of Wolves is the next book and will be out near Christmas this year. I have already finished book three, The Dreams of Demons, and if all goes to plan I’ll release it in spring 2020. I’m currently writing the fourth book, The Souls of Witches and I’m absolutely in love with the main characters. But then, that’s how it is with each book I write. 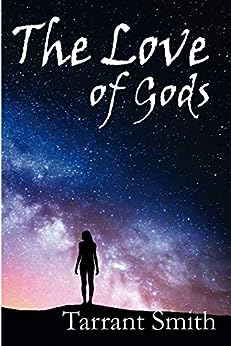 Lugos had given his word when the world was still young, before he’d endured the wrenching pain of her soul being torn from his. Lifetime after lifetime she’d returned when he’d needed her most, when the apathy of his kind had eaten away at his resolve and his heartfelt vow seemed pointless. One would think he’d be able to protect a single mortal, after all, he was a god. But two long centuries had passed since he’d held her, since he’d been whole. Now, she was back and Lugos had a decision to make; claim the only woman he’d ever loved, or deny his soul’s deepest craving and grant Keely a chance at a peaceful life without the dangers that populated his world. For five years, Lugos had chosen the latter with the hope that the fates might overlook them this time. That was still his plan when the goddess Rhiannon called seeking his help. Lugos should have known better.