← The Story is Apocalyptic
Who will save Butterball? →

How Deadly Nightmares Came to Fruition 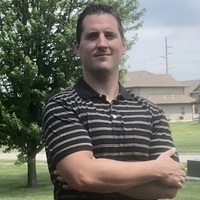 The Dream Defenders follows Nolan as he navigates dreams that are becoming increasingly more real and deadly. What was the inspiration for the setup to this unique novel?

I have always enjoyed stories where the main character discovers the world around him is not what it seems, whether that’s by finding out he’s a wizard, learning of the existence of Gods and Goddesses, or discovering a portal to a different world in a closet. Secret organizations fall perfectly into this sort of magical realism, and I thought dreams would be a fascinating topic to explore and have a group that governs them. Once I got the ball rolling with that idea, I had to make sure that actions in the dream world had real life consequences otherwise the stakes were too low. And that’s how deadly nightmares came to fruition.

Nolan is an interesting and well developed character. What were some obstacles you felt were important to his character development?

Nolan is a pretty headstrong kid, and I thought it was important for him to learn that his actions have consequences, both good and bad. And not only do those consequences affect him, but those around him as well. When his family and new friends are placed in danger because of things he’s done, he understands this and works hard to rectify the situation. Because of this he goes from wanting nothing to do with his new baby brother, to stepping up to protect him when no one else will.

The dreamscapes were my favorite part of the novel and were wildly imaginative. What was your process like for bringing these worlds to life?

This is a fun process for me because I’m not bound by any sort of limitations. I can create any dreamscape I want, and there’s nothing that says it even needs to make sense. That said, most do make sense and are have some realistic elements woven into them, but often times I’ll insert an odd character to a regular situation, or change one or two things in a dreamscape to make it discernably different from real life. I may have missed the chance to thematically link them to the overarching theme of the novel, but above all else I just wanted most of them to be fun and provide an interesting backdrop to the story.

I am currently working on the sequel to the Dream Defenders. I’ll send it to my editor in less than a month (yikes!) and I’m shooting for publication in early December 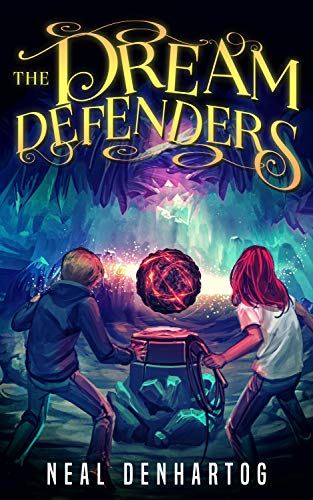 When fourteen-year-old Nolan Erling wakes up with a headache for the fourth straight day, he suspects the likely culprit to be any number of things—from his annoying baby brother, to vehicular crashes with his elderly neighbor, or even his questionable late-night food choices—not his dreams.

Aeryn Sandman knows the true cause, though. She is a junior agent with the DREAM Institute, a secret organization tasked with protecting the world’s population while they sleep, and she’s on her first assignment.

Her mission: infiltrate Nolan’s life—and his dreams—and keep him safe, all while persuading him to join their protective force.

But recruitment missions are no walk in the park, and Aeryn’s goes horribly wrong when Nolan’s powers unwittingly unleash two dream creatures locked away in a restricted area of the dream world. While Aeryn and Nolan search for ways to contain the escaped beings, they uncover a much greater conspiracy.

For these dreams can kill, and someone is orchestrating their actions in the dream world. If Aeryn and Nolan can’t figure out who is behind it, no dreamer will be safe, and neither will the organization that defends them.

← The Story is Apocalyptic
Who will save Butterball? →