The Story is Apocalyptic 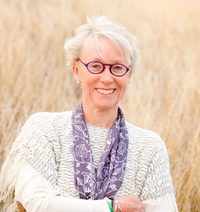 Malthus Revisited is a genre-crossing novel with elements of science fiction, thriller, and religion as well. Did you start writing with this in mind, or did this happen organically as you were writing?

It’s interesting that you see elements of science fiction in Malthus. I have not been read that comment from another reviewer nor did I see it as science fiction while writing it. When I began the story, the main character, Dr. Lindsey McCall was well established because this is the 4th in the medical mystery series. The antagonist had been very briefly introduced in the previous novel, A Price for Genius. To me, the story is apocalyptic, ergo the title, even dystopian. The religion… well, I am a midlife convert and know well what life without faith feels like, so religion is a part of every story I write.

Some things in the book come off as possible, if not already happening. Did you take any inspiration from real life when developing this book?

My background is academic medicine and public health so yes much of what is in the book is not just possible but probable.

How did you create Lindsey and Rich’s characters in a way that contrasted yet still supported the characters development?

Although I never planned to write a series when I wrote the first Lindsey and Rich novel, The Fragrance Shed by A Violet, that first story cemented them in my mind. In each of the subsequent books they have enjoyed taking me on their roller coaster lives.

I, Claudia A Novel of the Ancient World was published in December of last year.

Currently I am writing, My Name is Saul also a novel of the ancient world. I expect it to be published by the end of this year. 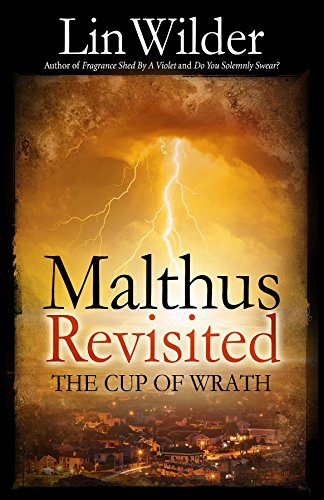 Eighteen-year-old Morgan Gardner did not seem like someone who could save the world—unless you took the time to notice her eyes. And most people didn’t.

Morgan’s exceptional gifts were known only to her and to the animals she could understand better than people. For a long time, she told no one about her nightmares. Embarrassed and afraid that no one would believe her, Morgan waited until it was almost too late. Then she confided in her mom’s best friend, Dr. Lindsey McCall.

Lindsey and her husband Rich had worked hard to reestablish their lives and careers after their last harrowing escapade. Relocated in a beautiful California home and newly reunited with Lindsey’s biological daughter LJ, all seemed to be going smoothly—until an enemy from their past returned with as deadly a plan as they could imagine.

The fourth novel in Lin Wilder’s popular Lindsey McCall series is her best one yet—combining the innovative medical research her readers have come to admire with a new and terrifying threat to the world’s population: a biological timebomb. Vivid characters old and new rampage across the continents of Europe, Asia, and the U.S. to stop the contagion, picking up steam as they head toward a life-or-death climax in the remote Qinghai province of China.

Malthus Revisited adds a dystopian element to Wilder’s evolving Lindsey McCall mystery series, and is guaranteed to captivate both her loyal fans and eager newcomers to its last riveting page.