← Rethinking Sex Ed: The Wisdom of Religion….. Without the Crazy
THE ADVENTURES OF JULES KHAN – A TEENAGE MUSLIM SUPERHERO → 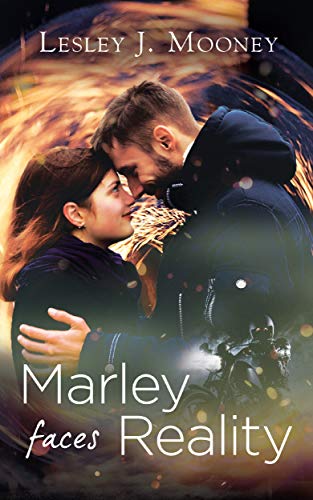 Marley and Richard have only just met, but the spark is there, and it is real. Things begin to move quickly when Richard comes to work in the same business as Marley. In addition, he is strangely close to their new manager, Ross Gilmore. The buzz in Marley’s office is all about Ross and the wealth that he has accumulated. However, Marley’s sights are set on Richard, and she is much less concerned about his association with the new man in charge. With dreams of marriage, a family, and a horse farm of their own, Marley and Richard set out to make a life together. Something… just a little hint of something… isn’t as simple as it seems.

Marley Faces Reality, by Lesley J. Mooney, is the story of Marley Bollane, a young woman working hard and waiting patiently for her turn at love and a family. Unlike many in her peer group, Marley has chosen to remain a virgin until marriage. She doesn’t realize how quickly that marriage will arrive when she meets Richard. Their relationship moves quickly and all seems well. There remains something quite unsettling about Richard’s friend and business associate, Ross. Marley can’t shake the feeling, but she also can’t put a name to it.

The underlying and brewing drama is drawn out well throughout the book. Mooney keeps readers guessing and makes it interesting to watch Marley try to piece together the clues she begins to pick up along the way. Marley’s life with Richard moves along at a rapid pace, and the reader becomes easily absorbed in all of their triumphs.

Though the main characters’ lives move along quickly in the first few chapters, it takes a while to get to the meat of the story. When it finally happens, the author brings readers in headfirst. The drama is well-planned, multiple characters are impacted, and Marley is still clueless enough to keep readers yearning for more. When she fails to notice the changes in her children and the impact her brother-in-law has on their lives, readers become irate for her.

Ross, who begins the book as a mystery, becomes quite the villain, and does so fairly abruptly. He returns in one way or another throughout the plot. Whether he is in a face-to-face confrontation or whether previous dealings with him come back to haunt Marley and Richard’s little family, Ross is always there. His presence helps make the book much more than the romance it seemed at the outset.

Readers who enjoy an element of romance in their thrillers will find Mooney’s work satisfying. Mooney has created relatable characters, a dramatic story-line with multiple twists and turns, and a heroine to be remembered.

← Rethinking Sex Ed: The Wisdom of Religion….. Without the Crazy
THE ADVENTURES OF JULES KHAN – A TEENAGE MUSLIM SUPERHERO →