The World Is So Much Bigger 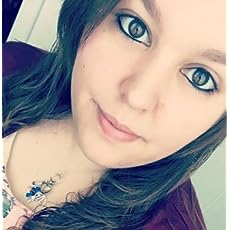 Natylia started off as a pretty naive character. A bit pampered. But she’s always been courageous, and her moral compass has always directed her in the right direction; which was why, despite her fears, she left the palace in Imber. I really wanted to expand on that. Character growth is astronomically important to me. A person doesn’t have experiences without evolving, so why should a character? I think in Tellus, I wanted Natylia to figure out a little bit more what it meant to be a leader, but also to sacrifice for the people she loves . . . as well as those she’s destined to protect. And while her mental health is taking a beating, I really want to make sure my readers know that just because she’s struggling, doesn’t mean she’s any less of a strong person; something she definitely shares with Camion.

In a more physical regard, the end of Imber is kind of a dungeon crawler. While I love the idea of continuing that, I really wanted to open up the world a bit and show off a bit more of what Araenna has to offer—and I think the cover does a pretty good job of showing what’s in store! 😉 But Imber was very stationary to Natylia’s lands, and the world is so much bigger . . . which, I think also helped give her some perspective.

Natylia continues to be a captivating character. What were some obstacles you felt were important to her character development in this book?

So, Natylia has a bit of a selfish streak. It’s part of her having this life where she never wanted for anything. The problems she faced growing up felt, to her, astronomical to her at the time, but now she’s facing much realer things. I wanted her to grow from that. While I think she started that journey in Imber, I thought it was really important that she realize in Tellus how her actions and choices can affect the people around her, and I’m really excited to show off what she’s learned overall in Ventus. She’s become a much stronger woman, and even though no one ever stops growing, I think the lessons she’s learned have not only made her a better queen, but a better friend and partner as well.

You’ve previously mentioned that you played the Elder Scrolls games. What race from that game do you find yourself always choosing when creating a character?

I love this question! I gravitate toward Elves in almost any fantasy games that I play. And I tend to stay far from humans. But that’s not always true, because the character I’m playing in Skyrim currently is I think a Nord?

Tellus is book two in the Thanatos Trilogy. Where does the final story go and how far along are you in writing it?

The final story will deal with cleaning up the mess that has been created in the first two books. Natylia still has a lot of work ahead of her, not only dealing with with betrayals and revealed secrets from Tellus, but also the new the situation she found herself in at the end of book two! I’m already 35,000 words into the first draft, and I’m currently aiming for a July release. 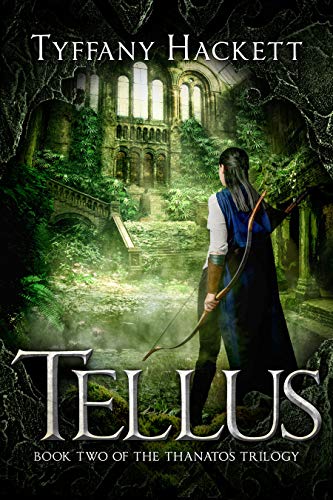 After a disappointing venture into Emberlyn Forest, Queen Natylia of Thrais is feeling anything but confident. To make matters worse, the Council is now involved, placing her on lockdown to ensure she rules her kingdom as appointed.

But she knows the Scepters are out there. At any moment those magical keys could be used to release four dangerous Titans from their prison far beneath Saphir Lake. If Natylia fails to find the Scepters before they fall into the wrong hands, her kingdom won’t be the only one to suffer.

With the support of Jyn, Camion, and Meryn, Natylia sets out to hunt these ancient relics before war and death can destroy Araenna. And when a former love gets tangled into the mix, Natylia is forced to learn the true meaning of forgiveness.

Betrayal haunts her every step, but the fate of Araenna depends on her every decision—and a test of power may cost her everything she holds dear.

Including her own life.