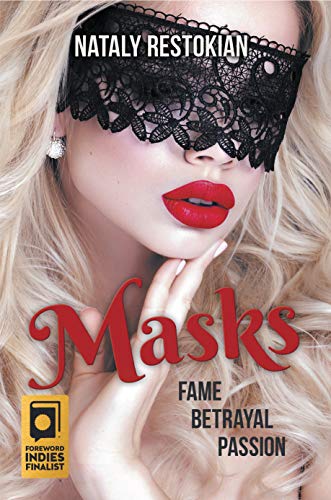 Anna has always known she would be famous. She has always done everything in her power to get to her desired position professionally and on the societal hierarchy. She reflects back to her journey from atop her throne. It is colored with struggled and dark moments she would rather not let anyone know about. However, despite all her success and power. Despite her fame and beauty. Despite her acclaim and recognition. Something is missing in her life. Until she meets Joe. A rash decision will change the course of her entire life.

Nataly Restokian has written a book that is inspired by her life. She writes so vividly that you can feel the fear in Anna’s parents as they sell bread on war torn streets. You can feel the disapproval radiating from many around her as she makes decisions. You will also enjoy the love, support and admiration she gets for these same decisions. It is a tumultuous life Anna has led. You will every bit of her turmoil and urgent need to find that missing part. The author has done a good job of pulling the reader in to see Anna for who she truly is. To see into her heart and mind. To look past the fancy veneer and see the woman stripped of her façade.

Anna is a strong woman who defies all odds. She creates her own fate. Like she says- people are fans of public figures they see themselves in. In Anna you will see a part of your true self. It could be her grit or her bravery. It could be her commitment to be authentic. It could be her strength to face her demons. She is everyone we all wish to be. She is unscripted and unforgivingly frank. So much could be said about this one character almost as there is no one else in the story with her. The writer has done a truly marvelous job of sculpting the perfect heroine who also has flaws but will not shy away from them. The same dexterity has been applied to Joe with his charm and genuine personality.

This is a very intense story that touches heavily on feminism and crime against women. These are issues that plague the world right now. This book tells the story of a woman’s life from a society many might not understand but whose struggles are relatable by all women though perhaps not on the same level. The writer lends the story the seriousness and sobriety it requires for the message to be passed. The book is written in beautifully simple yet elegant language with a mild flair.