← Mother of Freedom: Mumbet and the Roots of Abolition – Trailer
Hidden Antidote – Written By G Dhillon → 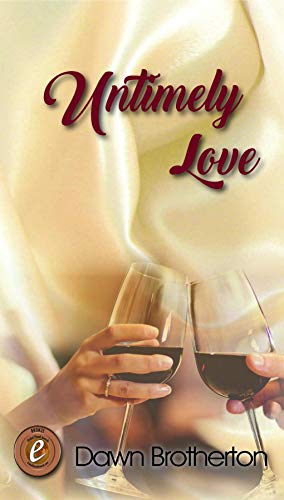 Untimely Love by Dawn Brotherton is a contemporary love story following Jamie, a woman in her mid-thirties who is focused on her career as head of the human resources department. Jamie has been drifting apart from her husband and she finds herself developing an unexpected interest in one of her co-workers, Ben. What starts out as a friendship quickly turns into deeper feelings. When Jamie catches her husband cheating her marriage ends in divorce. But is she ready to jump into a new relationship with the man who has occupied so many of her thoughts recently?

Untimely Love is not your typical love story where you can immediately guess the plot of the story. The nuanced sentiment and internal emotional turmoil is what kept me glued to the pages. I slowly, almost unwittingly, became invested in Jamie’s character after reading about the relateable struggles she goes through in her marriage and work life. I was rooting for her throughout the story hoping at every turn that she would find happiness, in whatever way made sense to her. I enjoyed seeing Jamie and Ben’s sensitive relationship slowly develop, and then passionately flourish.

Although I came to appreciate, and really like, Jamie’s character, I didn’t care for her character at the start of the book. I felt that at times she acted a bit rash and over emotional, but in other instances she seemed as though she was much older than her age. But this was only the beginning. Jamie’s character changes throughout the book into someone that I could understand and admire. I ended up liking how Jamie was portrayed much more in the second half of the story, where she is a confident, professional businesswoman. This transformation was something I really enjoyed.

Although I enjoyed the characters and the story, I felt that there were a bit too many flashbacks between the present and the past, when Jamie and Ben first met. I felt that it interrupted the flow of the story and it was hard to keep track of what was happening between the two of them in the moment.

Untimely Love is a book that catches you off guard. It starts simply enough but slowly develops into a touching story about love, life, and the pursuit of happiness. I would definitely recommend this to readers who enjoy a suspenseful and emotional love story.

← Mother of Freedom: Mumbet and the Roots of Abolition – Trailer
Hidden Antidote – Written By G Dhillon →