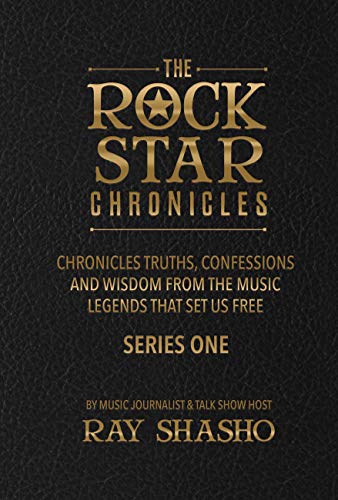 The Rock Star Chronicles, by Ray Shasho, is a splendid book written by a music enthusiast who has poured their heart and soul into it. It’s a story of a boy who loved rock music, and his obsessive passion of it earned himself the name Rock Raymond. He went to school but instead was schooled in all matters of music while his peers were buried chin-deep in coursework. He then became a radio DJ and has now compiled a book on all interviews he held with Rock gods who raided the airwaves back in the 70s and 80s. It’s a compilation of interviews with outstanding vocalists, legendary guitarists and crazy drummers in the rock music scene. Each interview gives a reader an in-depth view into their personal lives and the philosophies that guide their lives which all serve to humanize these great icons. For readers who are old enough to call themselves baby boomers this book will bring old memories back to life. Millennials, on the other hand, may think of this book as a literal work of the Carpool Karaoke show.

The Rock Star Chronicles is a book I didn’t know I was waiting for. To come across a book that will talk me into trying something new. One brave enough to incite me to venture into new frontiers. This book made me a believer- I am now a bona fide Rock and Roll music fan.

Ray Shasho masterfully gets the interviewees talking. He smartly coaxes answers from them with crafty questions designed to get a story rolling out of them. The artists talk about diverse issues ranging from music, politics, and their social engagements. Having been on the music seen all his life, Ray Shasho knows the buttons to press, how to get them comfortable about talking about their lives.

The book’s cover is befitting of its subject matter with the leather look offering a royal background to the golden letter print. It speaks to how high a level rock music holds in the pecking order- arguably, modern music as we know it has originated from blues and rock music.  The second noteworthy thing is the use of high definition pictures to reference the musician being interviewed in every sub-chapter. This ensures that the book is for both original rock and roll lovers and aspiring new ones. Together is makes for a refreshing and consistently enjoyable read.

I recommend this book to rock music enthusiasts, aspiring musicians wondering what it takes and all readers curious to learn new things by going back in time.