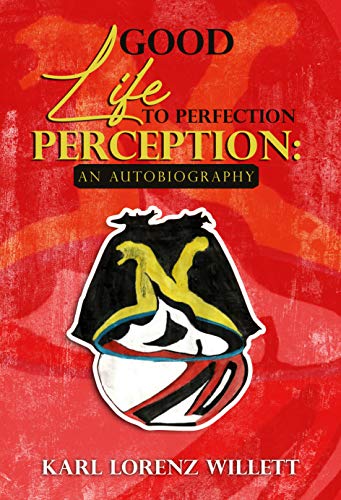 Karl’s future assumed a bleak outlook after he was diagnosed with paranoid schizophrenia at the age of twenty. For many, at this age, life was just beginning, the world was at their feet and their dreams were there for the taking but for Karl, the disease he was diagnosed with was a likely precursor to a life of pain and struggles. He would later find himself popping anti-psychotic pills for forty straight years in an attempt to douse the incurable effects of schizophrenia and live the closest thing to a normal life. Tired of having to still deal with the symptoms of the disease and the side effects of the drugs, he chooses to slowly get off his medications in the hope of finding healing elsewhere. How will this decision affect him and his family?

Good Life to Perfection Perception by Karl Lorenz Willett is the autobiography that reveals the hardships involved in living with a mental illness and also shows the humanity of a man plagued by something beyond his control. Karl is downright honest and raw as he uncovers his thought processes, ideas, failings and victories. This book is definantly emotional, or at least I was emotional when reading this book. Emotions like passion, pain and pleasure are some emotions explored in this spirited book. I was both touched and intrigued by his candor and courage.

Karl doesn’t simply present himself as a victim of circumstance, rather, he shows that despite his limitations, he can think critically and hold personal views. For instance, in the book, he shares his beliefs about the possibility of there being a better way to handle mentally ill individuals without placing them on anti-psychotic drugs for the rest of their lives. He also expresses his thoughts on religion, societal ills and world peace. At a point, I nearly mistook him for an ancient Greek philosopher, no kidding.

While I appreciated the story, and the courage with which it is told, the book could benefit greatly from a thorough edit. A good editor could clean up the grammar errors and organize the story so that it is more coherent. As is, I had to reread some sections to ensure I understood what was being said.

While the author touched on many issues, his major focus was on telling the story of how schizophrenia impacted his life. He shed light on the difficulties he had like how it was impossible for him to hold down a job, the constant pain he felt, the cognitive limitations he had and many more. I was moved the most by his struggle with empathic distress, a condition that made watching the news and seeing all the sad events unhealthy for him. All in all, seeing these issues from the perspective of a patient of schizophrenia increased my ability to empathize with patients of mental illnesses.