← Sleepwater Static
One of Us →

Asian Waters: The Struggle Over the South China Sea and the Strategy of Chinese Expansion 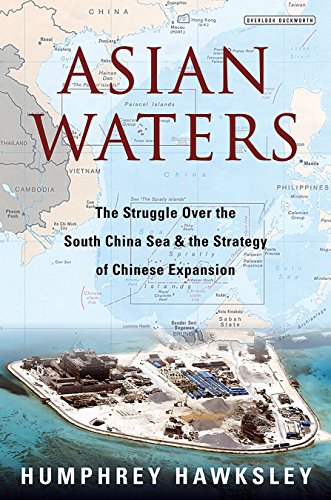 Humphrey Hawksley’s journalistic career, when paired with his fiction-writing expertise, make for excellent non-fiction writing. Asian Waters is a really comprehensive and digestible read, despite its extremely weighty content. Hawksley’s tone and choice of language remains simple yet informative throughout, despite becoming increasingly complex in terms of content matter. Hawksley also manages to maintain a sense of pace and excitement with his writing, as if it were a novel rather than a non-fiction guide, especially when delving into and combing through actual history, geography and social science.

Though there is a hefty scope to cover when it comes to the Asia-Pacific conflict, the South China Sea, Chinese expansion and the territory dispute associated, Asian Waters covers everything you would want to know about the topic without it feeling as if you are being overloaded with information.

You may be tempted to read it as an almanac for the specialist topic it covers, or perhaps as an academic accompaniment, but it also doubles up as a travel book and is arguably best consumed in this way. Asian Waters was fascinating in itself, just for my own interest’s sake, so I imagine that it  would be particularly enlightening to consume whilst travelling the very area it covers.

The focus on political tension between the countries of the Asia-Pacific is unpacked with great skill and tastefulness, but without wavering on the hardy facts. This is where Hawksley’s experience as a BBC foreign correspondent is most prominent – his understanding of the dynamics at play remains at the forefront of his writing.

Asian Waters is not simply a retelling of the history and politics which have been at play for years, or solely the facts and information which led to the current situation. There is also vital contextualisation that allows the reader to understand where these issues sit at the time of reading, understanding how a Trumpian government impacts the conflicts, or how the relationship between Moscow and Beijing influence the rest of the world.

Asian Waters connects all the branches of knowledge and intellect to give a clear retelling of the reality, including social influence, historical action which has taken place, and the geographical layout that facilitates as much. As well as clarifying the past and contextualising the present, it focuses on the future. The book predicts how the implications of what has happened and is happening will affect what is to come for Asia.

← Sleepwater Static
One of Us →