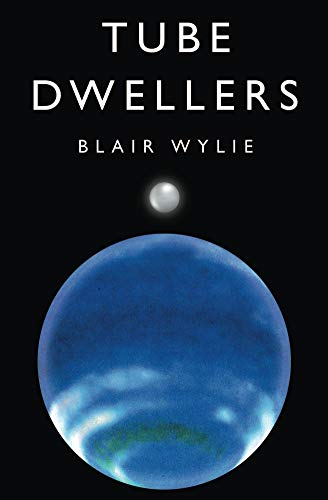 Tube Dwellers by Blair Wylie is a wholesome sci-fi adventure following the lives of Smitty and Tara of a planet known as Tube World. They become entangled in a mission to establish a ‘minimum viable population’ on New Earth, because the earth as we know it was ravaged by humans. A daunting mission is undertaken to transport a spaceship known as Second Chance to New Earth and create a new settlement there. Smitty and Tara are drawn to this opportunity, as it allows them to settle and have the big family they want in a world far away from their authoritarian planet.

One of the main merits of this book was the nature of its main characters: Smitty and Tara were such grounded and fun characters. Their ambitions weren’t necessarily wild- they just wanted to continue living their happy, fulfilling, and pretty low-key married lives. That’s what made their journey more special: unlikely averages in an extraordinary situation. And they definitely did behave like average people in that situation- complete with blunders and humor in the face of distress.

The premise of the story was similar to one of my favorite dystopian novels: A Brave New World. Here, authorities known as the Council suppressed all questions about the system and encouraged people to go about the jobs that were selected for them; even a baby could not be borne without obtaining prior permission. The dissenting Tube Dwellers were known to “disappear” But that’s where the similarities end and an intergalactic, character-driven space adventure begins.

Although the science behind it was a little mind-boggling and I wasn’t entirely sold on all of it, it was still immensely entertaining. Can’t have science fiction without the fiction. The author, however, is clearly knowledgeable and invented and explained complex concepts involving gravity, structural engineering, and geology with elegance and simplicity.

It was amusing to read about Earth from the perspective of non-Earth inhabitants. The description of seasons and tides and flora and fauna made me do a double take at my surroundings. This was a decidedly uplifting story without being too preach-y. It made me smile and want to go about my day with a little more enthusiasm and gratitude- and I’d recommend it to anyone who also wants to feel the same way.