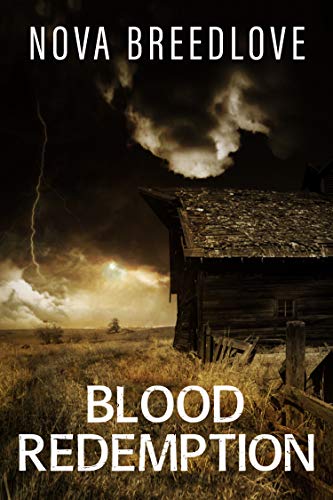 In the town of Rayburn, Georgia, children tend to go missing! Some are even found dead with their index finger cut off! Town locals speculate that the deaths are due to a curse that was put on the land when Native Americans were forced out after the Georgia land lotteries. Others say it’s the work of a serial killer known as The Redeemer. We follow Angela Archer, a former prosecutor, and Jack Towns, the town sheriff, as they seek their own redemption and find clues surrounding the town’s mysteries.

I’m about to take you on the wild journey that was reading Blood Redemption! The way Nova Breedlove intricately weaved multiple plot devices, characters, and mysteries to make one story was pure genius! This is not a slow-paced novel; you are thrown right into the action from page one. Chapter one puts you in the shoes of a young boy who is about to be kidnapped, and the craziness ensues from there! Each chapter gives us a new clue or a new crime to follow. Despite this book being over 400 pages, you will fly through it in less than a week because it is absolutely enthralling.

The world-building and character development are what I appreciate most about the novel. It is a unique blend of subtle gothic themes within a contemporary paranormal thriller. Nova Breedlove’s development of Angela and Jack is slow, methodical in a way, but deeply satisfying because they are unique and easy to understand. She spends the entire book fleshing out their characters and motivations to keep them authentic and grounded. The way she has Jack and Angela digest blood-curdling information, even about the one’s they love, is realistic and never sugar-coated.

Nova Breedlove uses the same process for world-building, slow and gradual. Each chapter adds a new layer not only to the story but to the fictional town of Rayburn, Georgia. New details about the town are added throughout the majority of the book, without it seeming incoherent or pointless, and by the end the town itself feels like a character. Every piece of information she gives us has a crucial role in the story.

Blood Redemption is a spellbinding supernatural thriller that excels at delivering a riveting character driven story.