Finnegan Found: Surviving the POW Camps on the Yalu 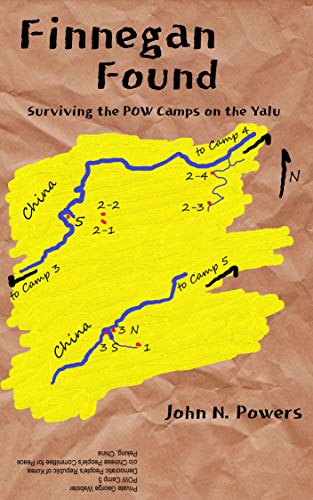 The Korean War was fought between communist North Korea supported by the Chinese and the soviets, and South Korea supported by the United States. Known as “the forgotten war” for its lack of media coverage, The Korean War was incredibly bloody; but the main thing the war is known for is its enormous amount of American prisoners of war and the brutal treatment they received while under communist captivity.

Finnegan Found by John N. Powers is a historical fiction novel that follows the story of Paul Larson, also known as “Swede”. A nineteen year-old boy born and raised on a farm in Minnesota, who joined the Army in order to broaden his limited opportunities and save for university. When he is captured as a POW and sent to the war camps along the Yalu River by the North Koreans, Swede must endure terrible death marches under dangerous weather conditions where many soldiers died, physical torture, and eventually go through forced “mental conditioning” which consisted of lessons where soldiers were taught to hate capitalism. His resolve is tested countless times and the reader really gets to feel the emotional stress that he is under. His perseverance is one of the things that was truly amazing and I appreciated how well his character portrays this trait while still feeling authentic even under some stressful situations. This is a character driven story, and one with impacts that we can see today. This novel does a fantastic job of relaying the harsh realities of a dangerous time in a exotic location.

It’s amazing how author John N. Powers managed to collect so many real testimonies from those who lived the war and morphed them to form a single experience that realistically portrays the brutal treatment of POWs in the Yalu prison camps. While the topic approached throughout the novel could make for a very heavy read, with all the context needed beforehand. The author managed to write beautiful descriptions that make the situation understandable for any reader no matter how limited their knowledge on the Korean War. He captures the essence of life as a prisoner of war as described by the survivors who have opened up about their past.

Finnegan Found has incredible descriptions and a thrilling plot. It is highly recommended for historical fiction fans or really anyone interested in learning more about the Korean War or the long battle between communism and capitalism.