Jack Sterling and the Spear of Destiny 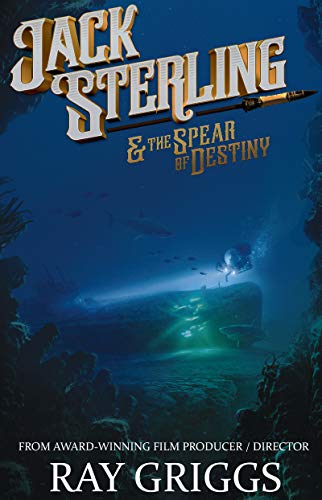 Jack Sterling and the Spear of Destiny is the first installment in a suspenseful adventure series by author Ray Griggs. The story follows marine archaeologist Jack Spears. Tormented by his fathers mysterious disappearance and following the lead of a gold coin that proved the existence of an undocumented nazi U-boat allegedly containing Hitlers Spear of Destiny; a powerful artifact that according to legend, whoever weilds it holds the power to rule the world. Unfortunately for Sterling, he’s not the only one after the Spear, as there are powerful people willing to do anything to get their hands on it. Desperate to avoid the artifact from falling into the wrong hands, and to protect his friends and family, Sterling embarks on an underwater journey to retrieve the U-boat and its contents. He faces dangerous obstacles and uncovers dark secrets that may change everything. Will Sterling be able to pull through and do what’s right, or will he fall victim to the strong pull of the ocean’s secrets?

First time author Ray Griggs really got creative on this one, a washed-up archaeologist, a magical artifact, and a dangerous foe, all blend to make quite a thrilling historical fiction novel. The incredibly original plot is filled with cliffhangers and plot-twists that always kept me guessing. While I enjoyed this story overall I felt that there was some style choices, coupled with some grammatical errors, that slowed this story down a bit.

Jack Sterling is a well defined character that is intriguing and was a character I desperately wanted to learn more about. Sterling’s long-lost childhood friend Dymitry, offered the story a great relief, but the story remains focused on our protagonist’s development through this dramatic adventure. Jack was a character whos motivations were clear and the story is definitely one that thrives with a strong protagonist. The author leaves readers with a dramatic cliffhanger that perfectly sets up a series of novels that is sure to follow in the vein of campy theatrical adventures like Indiana Jones or The Librarians. Jack Sterling and the Spear of Destiny is an ambitions historical thriller that will take readers on a unique adventure.