← Choice, Prejudice, and Love
Don’t Mind Me, I’m Just Having a Bad Life → 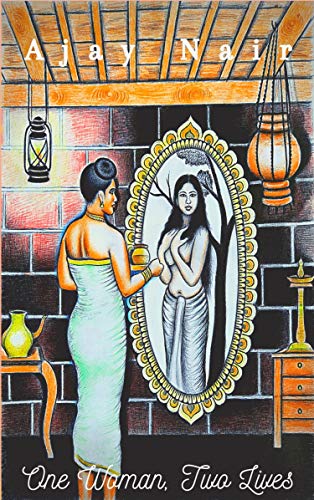 One Woman, Two lives, written by Ajay Nair, is a saga set in South India, describing the challenges women face as they fight the suppression forced upon them by the caste system. There are numerous characters in the novel, but it centers on one family: Kelu and Lakshami and their daughters Narayani and Bhavani. Although Kelu, father and husband is integral in the story, the novel focuses on the three women and their lives and their reactions to the challenges thrust upon them by the caste system. These three women are strikingly different in their approach and reactions to their situations. Lakshami, the mother, finds herself marrying a man of higher caste. Her character grows into this role, and her dialogue and actions change as her status does. Narayani, the eldest daughter accepts her position in life. Bhavani, the younger sister, is not as accepting of the situation. As she grows older, her attitude to the reality of the position of women is reflected in her conversations with her sister. Although tradition would suggest Bhavani show respect and subservience to her father, mother and elder sister respectively, she is often caught ‘speaking out of turn’.  When tragedy strikes, Bhavani engages in her biggest fight yet, breaking quietly from the chains of suppression to seek justice.

One Women, Two Lives is set in Southern India. The setting is well described, and immediately draws the reader into the novel. Outfits for weddings are described in exquisite detail, as are the venues and decorations. The description of the setting, both in terms of the greater setting of Southern India and the individual households are vivid and realistic. Not only does the setting quickly draw the reader in, the descriptions give an authentic feel to this thought-provoking story that reinforces the struggles of the caste system and the women within.

One Woman, Two Lives, is an emotionally-charged saga with insightful commentary on family life. The novel questions the concepts of fate and destiny and highlights the caste system constraints many women were subjected to. The simple structure, authentic characters and vivid setting combine to make Ajay Nair’s novel an enthralling read.

← Choice, Prejudice, and Love
Don’t Mind Me, I’m Just Having a Bad Life →