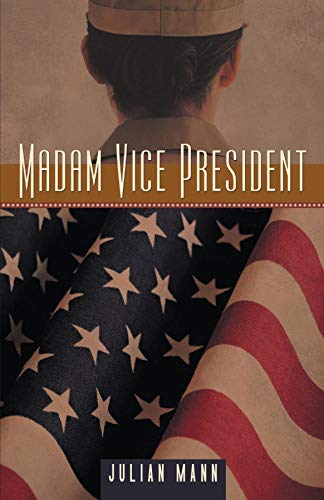 Madam Vice President by Julian Mann is an exciting story about Victoria Pierce, a very ambitious girl who flees her home in Oklahoma, escaping her strict parents, and moves to San Francisco where she enlists in the United States Marine Corps. She is very patient and determined, persevering and works her way up the ranks till she becomes the Brigadier General.

She gets into a dreaded love affair with the United States Senator Sam Eagan throughout her career development phase and they manage to keep it a rendezvous from everyone except one anonymous stalker. She goes ahead and joins politics where she befriends Grace Brandon who gets suspicious of Victoria’s past and poses a threat that could change Victoria’s future in politics when she is elected president.

Author Julian Mann bases this riveting story on real-life situations that are based on a real 25th amendment law that raised his concern. He uses his writing to connect with a larger audience and the vivid way the story is written makes it more relatable to readers. The flow of events creates suspense at the end of each chapter; this made it very hard for me to pick a place to set the book down. The story is filled with rich, believable, dialogue that feels engaging throughout this novel; which is important because this is a character focused drama.

The fact that the author has managed to write the book in an agrarian setting and still bring out women empowerment throughout the growth of Victoria’s career increases the book’s appeal (at least to me it does) and is a role model for strong female protagonists.

The friendship between Victoria and Grace would have been a good one if not for Grace’s envy which sparks curiosity, raising eyebrows that make her poke into Victoria’s past. Despite the bad decisions she made, the young Vera Ochman still fights against all odds to become successful.

Madam Vice President by Julian Mann has a seemingly endless flow of intriguing events that ratchets up the suspense in this dramatic political fiction novel. I think this novel will appeal to anyone looking for an engrossing political thriller that knows how to build compelling characters.