← Animals
Burnout Proof: How To Establish Boundaries To Avoid The Negativity Of Stress – Book Trailer →

Perseverance: How It All Began 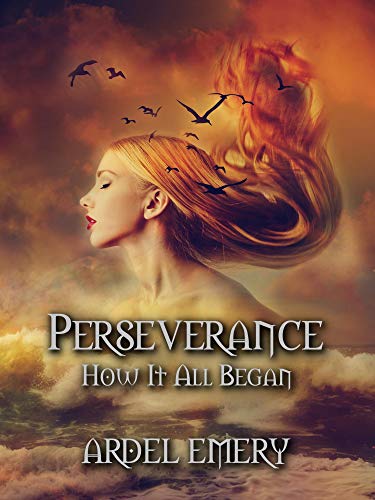 Perseverance: How it All Began, is the first novel in a romance series following Cadence who is a nurse at a local hospital. The story follows her journey, as her friend Trystan (whom she has admired from afar), moves closer to her, throwing her emotions into turmoil.

Perseverance: How it all Began has an easy to follow structure. It is organized into chapters that are narrated by the two main characters, although most chapters are told from Cadence’s viewpoint. The story is simple to follow, but there are several very compelling twists and turns. Although the action is mostly centered around the budding romance of the two main characters, there are some moments of tension that really bring this novel to life.

Cadence is a well-developed character that comes across as authentic and believable. A nurse at a local hospital, the story focuses on her anguish in trying to choose between two men. Readers follow her emotional turmoil, fears, and dreams. Her character develops and deepens over the course of the novel, as she finds herself falling in love with Blake whilst still pining for Trystan, a friend who she’d fallen in love with but never admitted her feelings to him or anyone else.

The dialogue throughout the novel felt grounded and the characters motivations throughout the story were believable, both of these things combine to make a novel that is easy to be engrossed with. Cadence’s long-time friend Trystan is also a main character in the novel. We gain less of an insight into his thoughts, but he’s still an intriguing character without feeling completely original. He has a manly job, is intensely handsome, self-confident, and their relationship starts with him showing Cadence little, if any, romantic attention. However, once another man is in the picture his interest soon increases! These two characters are supported by numerous smaller characters, such as Cadence’s boyfriend, and their respective friends and colleagues. These characters add welcomed depth and interest to the story.

This novel is firmly focused on the romance between Cadence and Trystan and the descriptive writing focuses on the main characters and their physical descriptions, rather than building out the setting and world.

Perseverance: How it All Began is an impassioned romance novel that will appeal to readers looking for an easy to follow but stirring story that focuses on the relationships between people.

← Animals
Burnout Proof: How To Establish Boundaries To Avoid The Negativity Of Stress – Book Trailer →