← A Lot of Interesting Twists
GO ALL IN: A Formula to Accelerate Your Success → 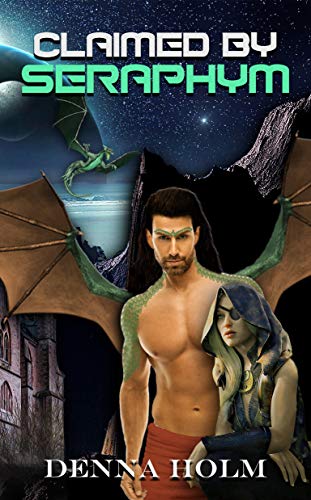 Claimed by Seraphym is the story of Samantha, Abby’s little sister that was rescued from Earth three years ago. Samantha, Sam for short, has reached the age of eighteen. She is now considered old enough by Raiden standards to be mated with a warrior. Misguided, the doctor Astin from Nicolai’s ship the Qadira, thought that Sam wanted to be matted to him, and other people in Raiden felt this was a great choice for all involved. However, no one consulted Sam. When Astin tried to force himself on Sam she ran and begged the protection of a Leviathan named Seraphym that knew her sister Abby. Right away Seraphym knew something was different about Sam, just like he had known something was different about Abby. He was instantly connected to her and agreed to take him home with him to prevent her from being forced to mate a Raiden Warrior. Seraphym and Sam were forbidden to mate, but the bond mate between them could not be denied. What this brings out in Sam shocks Seraphym and the Raiden, changing their world forever.

I love the world that Denna Holm has created, each book has built on the last and the story and characters carry through. Some of the story lines have trickled across all three books and it helps keep the continuity going. While I have loved the characters of Abby and Aaliyah in the prior books, Sam’s story really drew me in as having relevance to a lot of issues we face here on Earth today. It deals with topics of racism, a woman’s right to choose, and political manipulation. It talks about the struggles of a society adapting and changing with the times. Just because something has been a certain way for “as long we remember” does not make it right. Sam is the perfect character to bring this all out. She is strong, caring, and willing to build bridges to help people grow and see the world for how it is now.

Sam’s growth internally and physically is immense. From the start she wants nothing more than the freedom to choose her own mate and path, and by the end she is helping different societies learn to live together. There are so many new characters in this novel I cannot begin to explain, but they all merge in a positive way. Often books use a lot of negative situations to bring about change, this however used less violent methods and lots of introspection on all the characters parts to enact change. I found the book positive and hopeful, sending a good message for fantasy readers.

Claimed by Seraphym is a suspenseful yet contemplative science fiction romance novel that brilliantly builds on the previous books and delivers something uniquely engaging in this story.

← A Lot of Interesting Twists
GO ALL IN: A Formula to Accelerate Your Success →