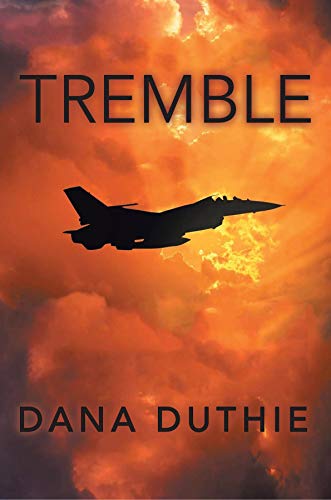 Tremble is yet another well-written, action-packed novel by Dana Duthie. Things get hot in North Korea this time after Kim Jong Un kidnaps seven UN weapons inspectors at a suspected nuclear site, Yongbyon. Melanie Lee Han, a CIA Agent, accompanies the SEAL Team in the hostage rescue mission into the most hostile territory in the world. The mission fails, and all hell breaks loose. The American Air Force comes to their rescue, but Brad Mitchell is shot down, and he ends up joining Melanie on the ground. They make it to the extraction point, but they still have one last face-off before they could make it back home.

Tremble is the prequel to the author’s previous action thriller, Dark Rain. We get to know the protagonists better here, especially Melanie. It must be a coincidence that her father was shot down the same way as Brad in North Korea. The author takes the reader back and forth in the time, providing interesting flashbacks that provide more context to the story. There are few other characters in Tremble which we can find in Dark Rain as well and it creates a nostalgic effect on the readers, at least it did for me.

The events that unfold in the White House Situation Room are stimulating and build a level of intrigue that I enjoyed. The US President Robert Madigan does justice to his role as Commander in Chief with decisive actions to protect the American citizens in the Korean Peninsula. At the same time, the bureaucratic role of the State Secretary is portrayed as that of a salesperson hopelessly trying to sell her ideas to the President.

Dana Duthie’s Tremble deserves a big 5-star rating as he has taken great care in keeping the military and pilot jargon to a minimum, making sure this action adventure novel can easily be read by anyone. This time around we spend less time in the cockpit of the fighter jets and more time with Melanie and Brad on the ground, which provides a more human connection in an otherwise action packed story.

Tremble is relentlessly entertaining and filled with high stakes action that makes this novel a must read for the summer.