After the sudden death of Amaris Jensen’s father and the mysterious disappearance of her mother, Amaris is sent to live with her cousin who can only be described as the perfect stranger. She’s introduced to Sandon Davis, and learns about his practice as a self-defense trainer for seven girls. But Amaris soon finds that there weren’t always seven to begin with. Where once there were ten girls, now only the seven remain under Sandon’s coaching. Immediately, the trainees adopt Amaris into their group. The closer they become, the more danger Amaris finds herself in. While dealing with the heavy stress of her father’s death, she notices that every girl, as well as Sandon himself, wear a strange precious stone around their neck. As Sandon gains her trust, Amaris continues to feel that he is hiding something—something that will lead to her undoing. 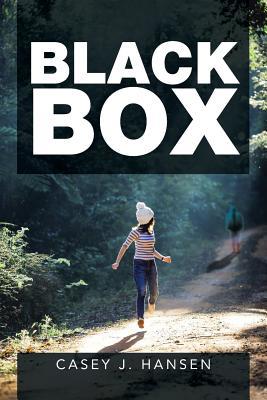 Amaris Jensen is a regular 17 year old college girl when she gets the earth-shattering news of her father’s tragic death. Ever since the mysterious disappearance of her mother, Amaris’s father was all she had. Now she’s sent to live her life with her cousin Sandon, who is a lab scientist and a self-defense trainer for 7 other girls at Amaris’s new school. Amaris eventually grows close to them and starts to find her when she begins uncovering strange secrets about the girls and her cousin. Amaris finds herself pulled into a vortex of myths, magic, precious stones, secrets and danger.

What starts off simple and straightforward, quickly escalates to a new and exciting level in the first few chapters. Her father’s sudden death due to a sickness Amaris never knew about, shatters her idea of normalcy and routine. She is then forced to live with an estranged cousin Sandon, who Amaris expects the worst of, but the new father figure in her life takes her by surprise.

Sandon and Amaris’s relationship develops and grows effortlessly. You can really feel Amaris’s pain and longing for normalcy, and when things start to go awry you are just as confused as she is. Which makes the mystery, and the big reveal, so much better. For Sandon, Amaris is much more than a cousin, she is like a daughter. Amaris struggles with leaving her old life behind, but she finds friends in unlikely people. I really appreciated that, while the novel was easy to read, I never really knew what was coming. The protagonist’s strength of character and depth of thoughts is very well portrayed by the author and the range of moods that Amaris wanders through is deftly characterized. This is a highly emotional novel. Amaris goes from crisis to mystery and back all the while trying to cope with the loss of her family. Emotion can be a hard thing to capture in novels, but Casey Hansen does a fantastic job of showing not telling. A few editorial errors exist but they are easy to overlook when all you want is to find out what happens next.

Black Box is a clever title for this thriller novel from Casey J. Hansen and perfectly suits the mood and unexpected ending of the story. This is not a Scooby-Doo mystery; their are layers here that you must peel back slowly. When Amaris finds out that there were initially 10 girls to begin with and now 3 of them have mysteriously disappeared, just like her mother, the book really finds legs and you’re carried along for a thrilling ride. The number of ways in which Amaris’s world crumbles throughout the story is something well worth reading. This thriller is exciting, addictive and is highly recommended.