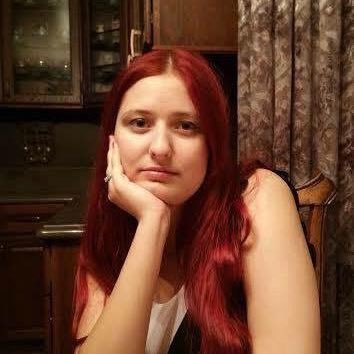 The Scented Bones follows a young forensic anthropologist thrown into the middle of a feud between vampires and werewolves. What was the inspiration for the setup to this thrilling story?

The Godfather by Mario Puzo. When I was in college, taking an English class, most essays and books were boring until the professor chose his book. The book inspired discussions and gained attention of the students. It had power and I wanted to have similar power over my readers with my writing.

This book has been in the works for more than 5 years. It has gone through 5 drafts, including Angel being a university student and main character to be Rayne and not Gage. However, that draft seemed to read more like about street gangs and so I worked hard to make it more like mafia families.

The Scented book is the first in the series and in every book I’ll introduce more characters and families. Hopefully, my books will inspire readers to read more and even try their hand at writing.

Angel is an intriguing character that I enjoyed following. What were some themes you wanted to capture in her character?

I didn’t want her to be perfect. I wanted her to be smart but timid. Serious but with surprising funny moments. I wanted her to tread carefully when it comes to relationships and focus on the job. But, what I wanted to show was how she looked at magic. Of how she was afraid of what she was and what she could do.

I enjoyed the backstory and mythology embedded in this world between the vampires and werewolves. What were some sources of inspiration that helped you create this world?

I tried staying away from other paranormal books about vampires and werewolves to keep my characters original.

Where will the next book in The Svabodina Case Files pick up and when will it be available?

The next book will pick up a couple of weeks after the last scene in The Scented Bones with a new case. The new case will involve a serial killer.

At the moment, I have about 20 chapters written. I’m going back to editing these chapters before finishing the book because I have to add information to the already written ones in order to write the scenes with the actual killer. It is a lot of work and I have a chapter summary file that I go back to for each chapter. I’m tracking dates, character appearances, etc.

I’m not sure when it will be out, hopefully next year. The Scented Bones has been republished by a publisher! So, I’ll work closely with the publisher for book 2 as well. It’s super exciting! Book 2 is titled – The Puzzle of Bones. 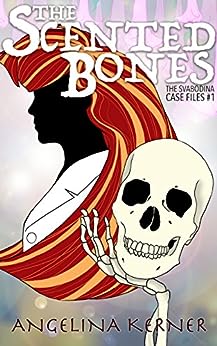 Angel Svabodina is a rookie forensic anthropologist, enjoying the beginning of her new career. That joy comes crashing down when she figures out the skeleton she’s working on is not human and then it vanishes.

She throws herself fully into the case without thinking about the parties involved, a psychopomp associate, and paranormal mafia families made up of vampires and werewolves—or the consequences.

When she sees there’s no avoiding the inevitable, Angel has to suck it up and work with the werewolves to solve the case but can she trust them?

Werewolves and witches are in a centuries-old feud, but that doesn’t stop the shivers running down her spine from one wolf in particular. Rights and wrongs become blurred, as she is tormented by her past and accepting who she truly is while searching for the skeleton. What’s more, nothing comes for free, including information. To get what she needs from the werewolf don, Angel has to meet with the fae queen. Can she meet her without repercussions and solve the case?