The Dragon Shifters at Southgate is the second book in your Seer Series. Was this a natural continuation of the first book or did you want things to develop organically while writing?

All the novels in The Seers Series are part of the same over-arching story. While they each have a complete storyline in themselves, they leave a bigger question open to be answered down the road as the series ties up. They are all pieces of the puzzle that will come together to form a complete picture in the end. Readers will see this especially in the last planned book of the series.

That said, there are some things I don’t plan down to the minute details while I am outlining and planning, because there are aspects I want to occur more organically. This is especially true for conversations between main characters, for example. I know where I want a scene to go, but I try to let dialogue occur naturally, so to speak. How would this one character, for example, respond to what another character says of does? Obviously, there is “craft” in the formulation of every scene, but I don’t want to force words or actions on a character who wouldn’t naturally say or do them just for the sake of meeting a certain end.

The lore surrounding the ley lines and dragonkin is intricate and well developed. What is your strategy for building your world?

To bring it right down to the basics, it all needs to make sense to me. Even if the readers don’t get to see all the details or know all the background, I need to answer those questions for myself—the ones I wonder about when I read fantasy novels with different characters and magical systems.

I am a huge fan of J.R.R. Tolkien and the intricacies of his world-building. If you read his lesser known works, such as The Silmarillion, you can see the detail he goes into, right down to how/why Middle Earth was formed, why humans and elves are different, why elves are immortal and so on. The Silmarillion reads almost like a history book. While I don’t believe today’s readers need to know all the details and history of the world and the magic system you are building, if an author has a solid grasp on those elements themselves, they can create better and more realistic worlds—and with fewer plot holes. It might be a magical, impossible world, but if it makes a kind of logical sense then the reader will be more able to relate to it and it will feel more believable.

This was a belief I’d formed over time, being a fan of authors who themselves create well-developed and intricate worlds and magical systems, such as Tolkien and J.K. Rowling. Then, while I was writing The Dragon Shifters at Southgate, I came across Brandon Sanderson’s Laws of Magic. It was a concise way of verbalizing what makes a magical system work. I try to keep these laws—and all the lessons I’ve learned from the masters over time—in mind when I create my own worlds and their lore.

What served as sources of inspiration for you while writing?

Inspiration comes from all over, really. I write in the fantasy genre, but I am often inspired by real-world issues. For example, I try to make gender a non-issue in my books because I believe it should be a non-issue in the real world. Discrimination and segregation based on race is also an issue in my books, because I want to express my belief that we are all equal. Yes, people have differences, but people should be judged on their merits, not on some preconceived notions that don’t really have a place in our modern world. Yes, there may be differences, but why not look to how those differences can compliment each other and add strength to the whole?

If you’ve been following politics and have been active on social media at all, I’m sure you can see that there are a number of things that have taken place over the past couple of years—and things that are still taking place—that have inspired me to make that point even more.

I also find inspiration in books I read, interactions I see at home or on the street, music I hear and so on. Anything from the smallest little details to the largest world issues can be inspiration, really. You never know when inspiration will strike. You just have to be open to seeing it and to using it when it happens.

Where will book three in the series pickup and when will it be available?

Book three picks up with the third seer champion, Edan Carr, and his journeys and struggles as he attempts to fulfil his part and his responsibilities in preparing the realm for what’s to come. As the champion of Westgate, he will be traveling to that gate-town to protect it and its keystone, but he will get waylaid along the way.

The third book, The Warrior of Westgate, will be available in the fall of 2019. 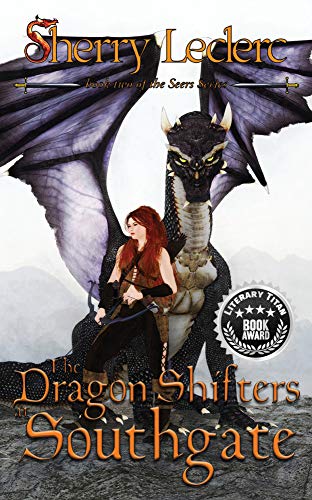 A Seer Champion sworn to protect Southgate. A Dragon Shifter Lord sworn to protect his clan. Can they bring their peoples together to defeat the evil forces that threaten to destroy them all?

Seer Champion Talwyn Sevi must protect Southgate and its keystone against the evil forces that threaten their destruction. Knowing she cannot do it alone, she seeks help from a group of reclusive Dragon Shifters. In return, she offers them information vital to their survival. Can Talwyn gain the Dragon Lord’s trust in time to save Southgate and the dragonkin? 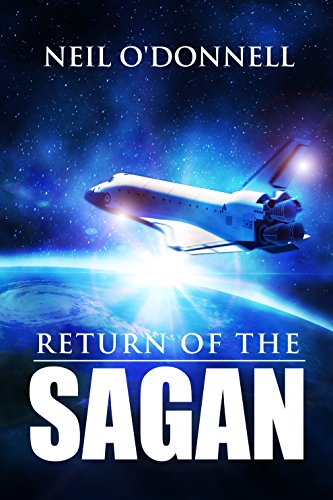