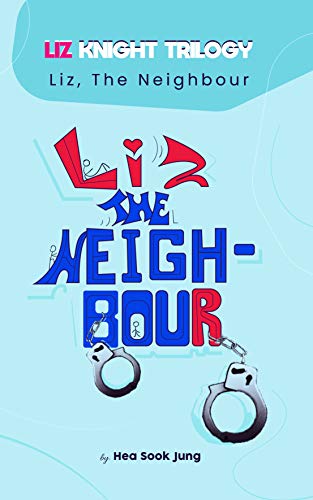 Liz The Neighbor is a thrilling mystery novel written by author Hea Sook Jung. The story revolves around the mystery at a sketchy retirement facility where healthy seniors seemed to be dying of heart attacks. Agnes and Birdie are two elderly best friends who managed to escape the home and go into hiding, until Agnes´s nephew hired two private detectives to find his missing aunt. Liz and Ella were two young private detectives starting their first case in their recently opened Investigation agency, when they were hired to find retirement home escapee Agnes and safely return her to her family. They expected an easy case to solve, little did the detectives know that what they originally thought was an old woman with dementia was actually a sane person in grave danger, escaping from people who meant her harm. The two detectives will find themselves dealing with serial killers, cold blooded murders, evil corporations, and terrified elders. Will they manage to find the complicated truth and uncover the mystery? or will they fall victim to the people who will do anything to keep the evil plot a secret?

Liz the Neighbor is a riveting novel that is consistently suspenseful. The story follows multiple points of view including those of the serial killer villain of the book. This makes for a very interesting read as it gives the reader a different perspective on each character and the story as a whole. The characters are pretty convincing and each has a personality written in a way that is distinguishable from the others, which is very important in a novel with multiple perspectives. However, while the story and characters are very well written, I felt that the dialogue was unrealistic at times. This is still a very good book, with an incredibly original and intriguing storyline.

Liz The Neighbor will appeal to mystery fans looking for a fun crime fiction story. There are plenty of twists to keep readers entertained and lots of interesting characters to keep readers wondering what, or who, will pop up next.