How The Irish Won The American Revolution 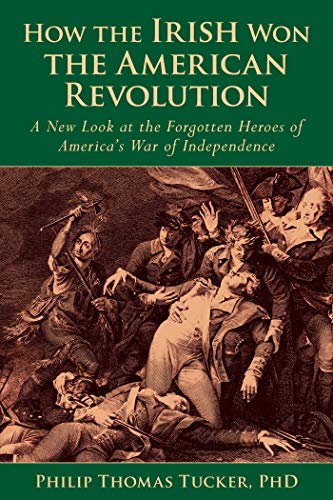 How the Irish Won the American Revolution by Phillip Thomas Tucker is a historical account of the notable figures of Irish origin who fought in the American Revolution. Accounts in the books are set within the scope of the years 1775 to 1783. During this period, the Kingdom of Great Britain had established colonies known as the thirteen colonies in America. Britain was effectively controlling the colonies and collecting revenues in the form of tax which kept growing to the dismay of the colonies. What followed were protests which escalated into a full blown war of independence with the colonies seeking autonomy. Though buried and forgotten in history Phillip Thomas Tucker opines that Irish immigrants played a key role in the revolution. In the alternative, America would still be paying homage to a British Monarchy and be a British Protectorate like Canada had the Irish not been a key element for the struggle against British colonization. Furthermore, the book seeks to accurately answer how the war was won by George Washington’s seemingly tiny army against the Brits who were well-seasoned in warfare and sequestering foreign nations.

The author has been able to bring to the fore his opinion that the Irish were not on the margin of the revolution but smack in the middle of it as major moments, holding prime positions in the war and thus steering the course of history as we know it. Phillip at a point in the account narrates the story of fathers who, in a show of patriotism, went to war with their sons and outperformed other soldiers in deeds of valor. Case in point: The Patterson Clan, who he describes as a father and three sons who set themselves apart and died together at the battle on the ‘bullet- swept’ King’s Mountain. Then he accounts for four brothers from the Beattie Clan who fought side by side and led the war as soldiers in the captains. For a historical book I find it quite accurate and the author having done extensive research to bring forth facts that support his claim.

With regards to his literary skills, Phillip has out done himself in using colorful language marked by well-placed adjectives used in the anecdotal accounts of the war. He has kept the paragraphs at a short trim and concise. The paragraphs are straight to the point and they elucidate the fact that the war could not have been won without the Scotch- Irish.

The book is an accurate account written with a noble goal of giving long overdue credit to brave Irish souls that helped America become what it is.