Damaged follows Kiera as she is struggling to deal with her painful past and her emotions for a love from her past. What was the inspiration for the setup to this emotional novel?

I never wanted to be a writer. It honestly never crossed my mind. This novel developed because I had a scenario that kept repeating in my head over and over again. One day I figured I would write it down and maybe it would stop. Once I started writing everything began to click together. Kiera is a lot like me. She is very self conscious about the way she looks. She suffers from severe anxiety and PTSD. These are elements that hit close to home with me and my family.

Damaged is a genre-crossing novel with elements of a romance, mystery, and thriller as well. Did you start writing with this in mind, or did this happen organically as you were writing?

This happened organically as I wrote. I actually wrote the scene at the club first and branched out from there. I love books that keep you on the edge of your seat. I’m one of those readers that will put a novel down unless it catches my attention and holds it. I tried to soup that into this novel.

I loved writing about Kiera, but Anna has been my favorite. She’s sassy, independent and knows exactly what she wants.

I’m currently writing Anna’s story. I had to take a break as I entered into the US Army as an Officer. I’m back at it now and hope to have it out before the end of the year. 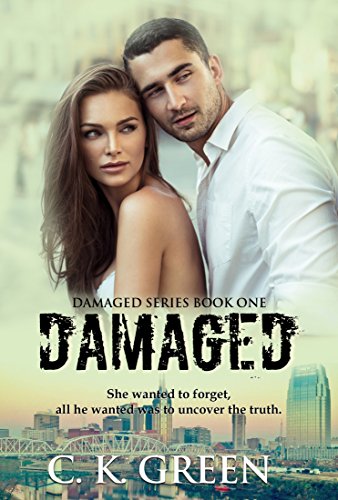 Ethan can’t forget the day he’d found her, beaten and bloody on the side of the road, barely alive. That one unsolved case changed Ethan’s life as a detective.

Kiera never told anyone what had happened to her the night she’d gone missing. In the aftermath of the attack, she flees town, leaving everything behind. Over time, she manages to build a new life for herself, keeping the painful memories locked in the deep recesses of her mind. But a chance encounter releases them with a vengeance, along with an attraction she never expected to have.

When her past threatens her future, will Kiera be able to trust Ethan to help her once more? Will Ethan still want her after he learns the truth?