The Truth That Frees a Human 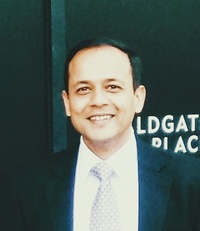 The Third showcases the unique and stunning mind of Aryan and follows him through the trials of his life. What was the inspiration for this thought-provoking novel?

The inspiration for the book was the realization of the fact that human life eventually is about sorrow unless the human being corrects his misplaced identity in his body and mind. Directly or indirectly, the cause of all sorrow is the unconscious realization by us that we are limited beings and that there will be an end to us, the way we think we are. This is also inspired by my personal focus on the fact of human conditioning, the myth of decision making, will vs fate deciding our life, surrender vs struggle as a way of living, among other things…

Aryan represents the common man except that to highlight the point above, he has been portrayed as a brilliant mind capable of handling any difficult situation which can be handled by the intellect. He represents the mind taking charge of the self while the narrator is the soul or the higher self who comes in to point out to the mind the fact that he is essentially limited and should know his role in the whole story of life. That’s the truth that frees a human being.

Aryan is an intriguing and well developed character. What were some driving ideals behind his character development?

Aryan’s character development had to have the point that he was an exceptional mind who was observant enough to notice why his life was going wrong. He therefore, tries a thousand things as the mind does in any given situation. He succeeds in several situations but eventually has to find out the thread he has been hanging from. The fact however, is realized later – that only when the mind, which is no more than a collection of thoughts inspired by memories, gives up having seen the uselessness of itself and its thoughts, does it become open to seeing what really is – the existential appears and the psychological disappears.

This could not have been done without the mind trying its hardest and given up. The point being made by his turning to addictions even with all successes, which in fact, is another way of release from the mind but that’s essentially going below the mind, not beyond it.

I enjoyed the poetry sprinkled throughout the book. Was this poetry you wrote separate from the book or did you write it for the story?

Thanks. I am glad you liked those. The story has been in the making for a decade. I had written pieces of the story and the poetry to go with it and only a few of those appear in the book. The story continues in the next book which is a sequel to this.

I am working on the sequel to this story of The Third. The prodigy of Aryan will have a lot to choose from as he gets to a self-realized/ enlightened state while it will be difficult for him to communicate his point of view to others as the magic realism is considered pure fantasy by others. So, Aryan will choose what he does with his life and how the other participants in his life are helped by him, if at all. The story also hopefully, continues to help unravel the wisdom in the scriptures with such powerful one-liners as “I, myself, am God!”

I am hoping the book is available by April this year.

If there was one root cause of all the pains in this world that all living beings go through, would we not want to solve that forever and live in bliss and peace. We invent the Superman and the Iron Man for the same reasons that we invent Gods but we ignore the fact that our pursuit is on the path to failure because we have forgotten who we are!The problem with finding that out is that we use the wrong tool, the wrong measurement instrument. The human mind is as useless in the discovery of the root cause of all human miseries, as a 6-inch scale ruler in measuring the height of the Himalayas.Aryan, the prodigy, the man of iron will, goes down the same path of ruin until he experiences this miracle that ends him… 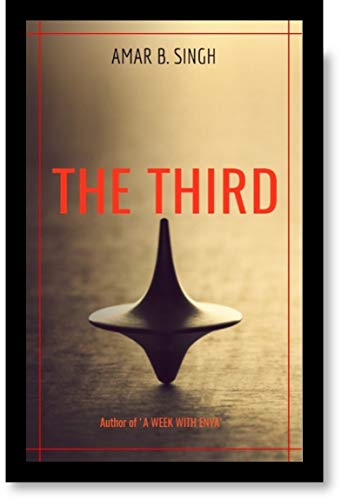 Aryan is a prodigy–there is no one around him who can deny it. From the age of four, he can out think, out reason, and outwit any adult in his midst. He is introspective and analyzes the most minute details. He is a wonder among wonders and precious to his beloved and adoring family. As the years pass, Aryan advances not just in his ability to theorize, but in his position compared to those around him. Unlike so many people, Aryan is more than willing to sit back and contemplate his own undoing and the cost for himself and others. This is a trait that never leaves Aryan for the remainder of his life.

The Third, by Amar Singh, is the fictional story of Aryan, a unique and stunning mind. Fascinating from the beginning of the chronological telling of his life, this account leaves nothing to the imagination. Author, Amar Singh, takes care to develop a gentle and engaging character he deftly manages to shape and mold as the pages pass by. It is easy to become swept into Aryan’s trials and tribulations and to see quite clearly and painfully through his young eyes.

Throughout The Third, Singh includes simple but moving poetry penned by his main character. This beautiful verse comes to readers in the form of diary entries. Singh has created a wonderful amalgamation of narrative meshed with increasingly insightful verse. Dispersed throughout the book, the diary entries help drive home the point that Aryan remains, for his entire life, a truly brilliant and amazingly creative young man.

Taking nothing away from the skillful writing by Singh, I do have some issues with the organization of thought. At times, I struggled with following parts of Aryan’s story. Flashbacks and references to past events can, at times, interfere slightly with the cohesiveness of the writing.

One of the most striking takeaways from The Third is the ongoing explanation of the caste system. Singh’s writing style effectively describes the complicated system in a way readers will appreciate. Though fraught with sadness and hardship, the existence of the system further molds Aryan and adds yet another layer of meaning to his exceptional life.

Though a fictional story, The Third reads like a biography and gives readers a unique perspective through the eyes of Aryan’s friend. A brilliantly penned account of the life of a prodigy and tortured soul, this book is sure to interest anyone seeking a quick read containing elements of cultural diversity, drama, and adversity. I would love to see more from Singh and more from the life of Aryan and his beloved–that is a touching story Singh could easily build upon and provide eager readers and fans of his amazing character, Aryan.