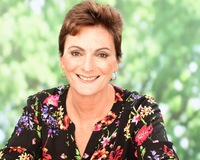 Erinland follows 21st century characters as they are catapulted into a 9th Century Viking war. Some fantastic battles and world building ensues. What was your inspiration for the setup to this fascinating novel?

Actually, my inspiration came from the Irish side of the conflict. When visiting Ireland some years ago we visited Trinity College in Dublin. Displayed in a glass case is the Book of Kells. It is a beautifully illuminated ancient manuscript with vivid colours and characters depicting stories from the four Gospels of the bible. The Book of Kells is believed to have been written around the year 800 in a monastery in Iona. After a Viking raid on the monastery, the surviving monks took refuge in a new monastery at Kells, taking their treasures with them. The meticulous attention to detail and its beauty resonated with me, so I did some digging into Irish history and the Viking presence in Ireland. This finally lead me to Amy and Richard and the writing of Erinland.

Erinland provides much in the way of Viking history. Did you do a lot of research to maintain accuracy of the subject?

Yes, I certainly did do a lot of research into both Irish and Viking (Norse) histories and mythologies. I learned a lot about their ways and beliefs and found it absolutely fascinating!

I understand this is a your debut novel. What a fantastic start! What made you start writing?

I’ve always dabbled a little with writing. I enjoy getting lost in the ‘writing space’ and hopefully creating something entertaining for the reader but for Erinland, the catalyst was seeing the Book of Kells first hand.

I am currently working on a sequel to Erinland. It should be available mid 2018. 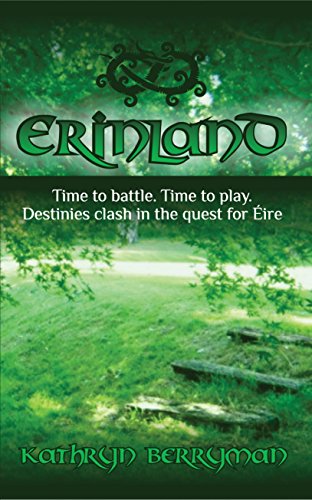 Two troubled young adults find themselves key players in a deadly game that spans the 21st century and the Viking Age.

Amy, finding it difficult to ‘fit in’, becomes increasingly obsessed with the virtual reality game Erinland. The VR characters and the mist of Erin begin to invade Amy’s dreams and her waking moments. She finds herself drawn into Erinland in 9th century Ireland. Amy becomes part of this mystical world as she joins in the struggle to defeat the Viking raiders.

Richard has a complicated home life and feels he doesn’t belong anywhere. A series of events finds him desperate and living on the streets, where he finds himself dragged into 9th century Norway by a Viking warrior. Richard finds acceptance with the Vikings and joins them on a colonisation raid to Ireland.