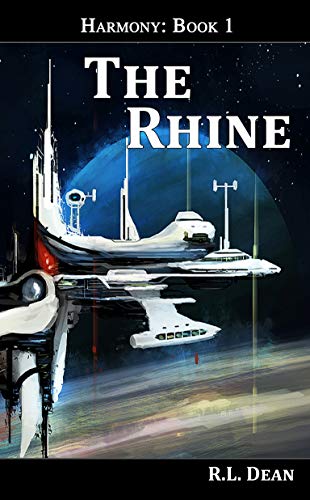 The Martians have been ‘enslaved’ by earth for many years and they want their freedom back. It’s rumored that a movement has been formed to rebel against the UN. A movement thought to be behind the pirate attacks in the Belt including one on the Sadie. Matt and his crew may have found proof of this rebellion. The question remains though, is the evidence enough? Will it prove beyond a reasonable doubt that the rebellion is led by Martians? Can Governor Gerhard Schultz find a solution to the difficult situation? Can the governor find reprieve for Martians without going against the UN? How will Apex Mining CEO go about being forced to go against the government?

One of the most enjoyable things about this book is that it is quite relatable. While the real United Nations is (probably) not like the one in the book. One can still compare the colonialism in the book to the neocolonialism that is rampant now. One can find the similarity in Alexandria’s position with that which is faced by many people in her position. The Rhine is both interesting and entertaining while speaking to many modern issues.

R. L. Dean is impeccable and his skills at painting word pictures is on full display. He easily pulls you into his story, and before you know it your in the deep end of a thought provoking science fiction novel. This is a thrilling novel that kept me engrossed from the moment I met Matt to the very end. This science fiction story, although set in the future and in space, is still believable, which is something I always look for in my sci-fi stories.

Matt is a good leader that gets along with his crew but also remains firm and well respected. Alexandria, like any other child who takes over from their esteemed parent, is misunderstood and underestimated. She is admirable in the way she handles Edgar. R. L. Dean is able to balance the characters just enough to understand who they are while still keeping an air of mystery around them.

Everything from descriptions to dialogue are succinct and engrossing. Or it could be that the book was so immensely enjoyed that the discrepancies faded into the background. I loved experiencing the ride with Matt, Yuri and Haydon, and it was enlightening to be in the boardroom with Alexandria giving glimpses into her home life. 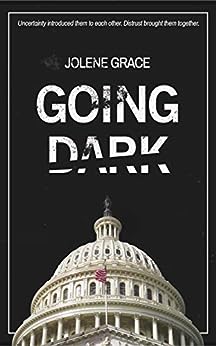 Amelia Sinclair, a foreign correspondent liaison for CWG news network, had worked on the bottom floor of the UN in a renovated steam-room for the last four years. Upon receiving a suspicious email with the subject line as her name written in Farsi, she opened the link embedded within to see a horrifying video. Fellow journalists, whom she knew personally, confronted with masked assailants. Going Dark follows Amelia as she tries to help her fellow journalists, one of which, whom she was very close to.

Simultaneously, the beginnings of a media frenzy are in the works as the government tries to prevent a leak of the video. To add to the chaos, a bomb detonates in Damascus, just outside of the hotel where the journalists had been staying before they were kidnapped. With 25 pronounced dead in Damascus, 4 American journalists kidnapped, and a seemingly related murder of a man on the streets of Brooklyn, everyone is on high-alert.

The author, Jolene Grace, gives two distinct perspectives throughout the novel. The first is the journey of Amelia Sinclair, from the UN basement level media department to a loft in Brooklyn. The reporter finds herself hurried along by her superiors as she tries her best to protect her fellow journalists who are held captive; whilst she herself is considered to be a suspect in their detainment.

The second perspective is from the inside of The White House, where the President is working on how to spin the situation to his advantage to gain a second term, whilst others are trying to hurry the CIA to gather intelligence. Equally, discussions are being had as to who to bribe and who can be trusted. This gives the novel a lot of freedom to explore espionage on multiple levels. An example of these two perspectives working together is when a sniper takes aim at Amelia Sinclair; Agent Jets is nearby and tries to help, whereas from inside the white house he has dropped off the radar.

Going Dark is full of tension, built up by a switching of perspectives at crucial moments, allowing the reader to hear both sides of the story. As the government tries to keep a lid on the story that numerous media outlets are trying to expose to the public, the reporter Amelia Sinclair tries to save her fellow reporters whilst being hunted down.

The reader, the characters and at times Amelia herself, question why she received the video in the first place. However, we also get the sense that she knows more than she is letting on. Among the possibility that there’s a government mole, leaked CIA safe-house locations, government tracking and a sniper on one’s doorstep, it’s hard to know who is the ‘good guy’ and who to trust.

Through it all there is a real sense of connection with the characters. For instance, Amelia is plunged into a situation where everything seems out of control. Sitting in a Philadelphia CIA stash-house and all she wants to do is call home to her daughter, Ava, and make sure she’s safe.

Jolene Grace creates so much tension in the book as none of the characters know, or at least don’t seem to know, the full story of what is going on. The author develops the characters superbly, and a real sense of empathy is created. But there is a fragility in knowing them as it’s hard to tell if they will live to see the next chapter or not. Everyone is at risk and everyone is on high-alert.