← Paradox
I Was Once A Victim →

The Eighth: Intro to The Alt-World Chronicles 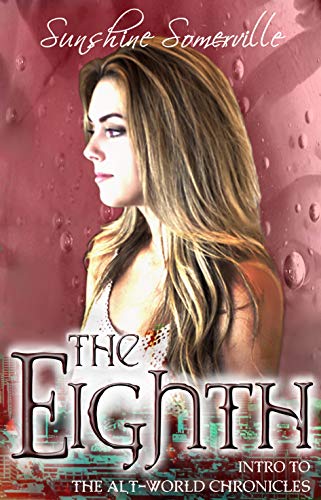 Written by Sunshine Somerville, The Eighth is a gripping, yet short, introduction to her paranormal fantasy series The Alt-World Chronicles.

The tale begins with Esme sitting at a bar delivering this hard hitting opening line, “Hi, I’m Esme and I’m going to die tonight”. Esme is the Order’s current alterni and is preparing to be called to battle. Esme recalls a nightmarish battle filled with monsters and demons, whilst drinking to calm her nerves.

The recollection of the battle is vivid and gripping. I felt like the opening was a good reflection of how the rest of the story unfolds. The tension and action throughout the book is punctuated with short, sharp sentences. There is absolutely no time to waste in this short book and the author utilizes every word to great effect. With that said, I felt like the sheer amount of characters and creatures in the second chapter made things a little hard to follow.

We’re introduced to King Owen and some of his soldiers. A battle ensues that is filled with graphic descriptions of demonic shrieks, winged beasts and beheaded elves. All described in a way that puts the action first and let’s you fill in the rest.

The Eighth is well written and grabbed my attention from the first line. Esme’s character is intriguing and begs to be explored further. As she sits at the bar her fear and resignation is palpable. With the introduction of yet another unique and expertly developed character like King Owen this book is the perfect launching point for any new fans to the series. Overall, an excellent introduction to a series that left me wanting more.

Posted on August 23, 2019, in Book Reviews, Four Stars and tagged sunshine somerville, The Eighth: Intro to The Alt-World Chronicles. Bookmark the permalink. Leave a comment.

← Paradox
I Was Once A Victim →