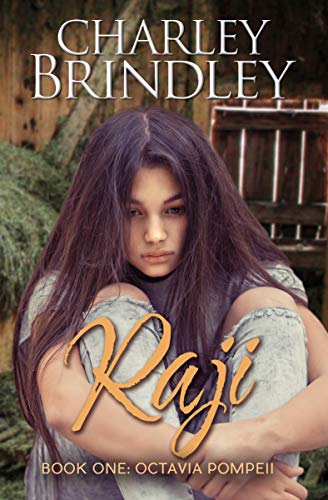 On a cold December morning in Pennsylvania, Vincent Fusilier (Fuse) finds an unwelcomed stranger asleep inside his farmhouse. A young thirteen-year-old Indian girl named Raji has escaped from her life as a servant from Queens, New York where she was trapped for nine years. Unable to understand any English, Fuse, and Raji slowly get to know each other and understand one another’s culture. While Fuse is hiding Raji, he is also tending to his wheelchair-bound and silent father after an accident that rendered him immobile. Curious, Raji seeks to learn more about the life and culture of the family.

One of the best parts about this story is the character development. I like how the first half of the book invests in the characters, especially Raji. That’s one of my favorite parts of book. Raji begins its story like its the same old day with Fuse going about with his chores and tending to his father. Brindley paid very close attention to his characters, but most importantly, Raji. Raji is a very compelling character that I wanted to learn more about over the course of the story.

I like how little moments that don’t seem important turn out to be important upon completing the story. My favorite chapter was when Fuse and Raji are getting to know each other in chapter 6. It just goes to show that even if two people speak two different languages there is a way to communicate.

Since the events of the story take place in 1925, their friendship is more endearing. Putting cultural differences aside, reading this story made me learn about how we should never judge a book by its cover. Fuse and Raji are both going through personal dilemmas. Yes, we all grow up differently, but there is a way to connect with someone if we put our differences aside.

This book is very well written, however, there are times where the dialogue feels unrealistic specifically in scenes where teenagers communicate with one another. Another comment that I have to make is that the story ended abruptly. That reason is most likely because this story is split up into four different books. But even with this, I recommend Raji. It was eyeopening and an engrossing read. I look forward to reading the rest of the series to continue witnessing how Raji’s story unfolds.