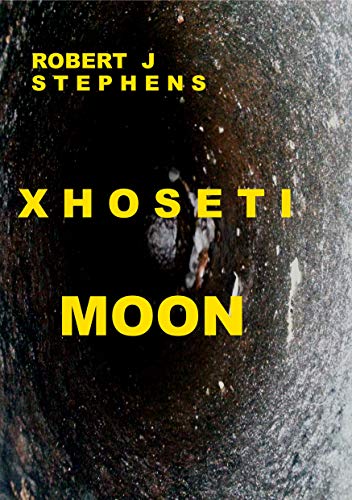 Xhoseti Moon is an intergalactic, generation-spanning dystopian thriller that contains some amazing pop culture plot elements; It is Brave-New-World-meets-The-Avengers-meets-Artemis-Fowl. And then some more.

We are introduced to a post-nuclear-war universe in which the fallout has destroyed most of Earth’s population. The genetically chosen few are saved and continue to survive.

We follow Chris, the new Grand Master of the Galaxy as he plans to wake the Guardians, an omniscient ancient race, and set up a power plant on the Moon. With him is a powerful and skilled team composed of seven acolytes. They navigate through a host of problems- from treachery to mind-controlling mistresses. Then there are the Xhoseti. The horrific, insect-like creatures that were thought to be dead, but are out to avenge themselves. They want all the power, death, and destruction that they can get their disgusting little claws on. Various other story lines are entangled within the plot and serve to enrich the story. Such as that of Luke, the moon miner and Greta, the gorgeous but entirely evil lady.

One of the most striking parts of this novel is the clarity with which it describes the workings of this universe and its elements. Robert J Stephens provides engaging and lengthy detail for everything from the Xhoseti reproduction process (oviposition enthusiasts- this one is meant for you) to the power plant set-up on the Moon. You are taken on an extremely informative guided tour, at the end of which you will know every nook and cranny of this universe.

However, the believability of the setting is never out of reach. Issues are raised that can be linked to the current state of the world, like the ruin that follows fossil fuel greed. The characters are interesting and flawed, likable and human, because they have the ability to fail. The lust for power and revenge fuel antagonists in the plot, a scary reflection of our society’s authorities. It concludes on an exciting and fearful note, leaving room for speculation and imagination.

It is a complicated and danger-ridden world that we live in, and this novel is a distorted, futuristic vision of that. Without getting too preachy, it has warnings of nuclear fallout and total environmental collapse laced throughout. The scariest futures are the ones that are entirely within reach.