In the Name of the Otherworld 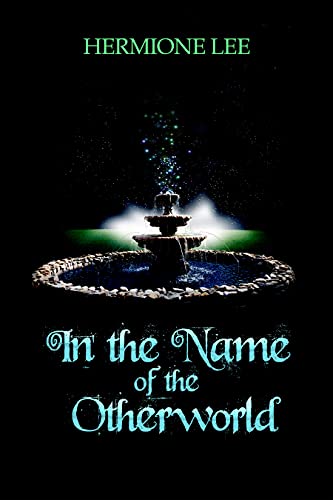 In The Name Of The Otherworld follows a lonely young orphaned girl named Alexandria who is desperate to be someone other than herself. Her life completely changes after she is transported through a magical fountain to a mysterious world of magic called the Otherworld where Alexandria’s true identity is revealed. Alexandria embarks on an adventure that will pit her against her worst enemy… herself.

Author Hermione Lee has crafted a magical coming of age tale that takes readers on a whirlwind adventure following a girl that is easy to sympathize with. Alexandria comes from an abusive adoptive childhood and the scars she carries are deep and the exploration of these issues throughout the novel was absolutely stirring. She learns that she is so much more important than she ever realized, but with that power comes great responsibility for her and seeing how that circumspect young girl navigates these large emotional obstacles and responsibilities was something that kept me coming back.

Alexandria has fantastic magical abilities that are used in some creative ways and elevates this fantasy story into the realm of epic sword and sorcery adventures I often read as a child.

The Otherworld is crafted so vividly that it really comes to life as its own character. Each backdrop is imbued with a unique sense of imagination that makes the world compelling. Through easy narration and engaging dialogue we’re given the backstory to the Underworld and Otherworld and the contrast and lore is something I found to be alluring. While Alexandria remains an interesting protagonist throughout the novel, the other characters seem black and white, you either like them or you don’t which coincides with Alexandria’s like or dislike for them.

This is an emotionally charged epic fantasy novel. I mourned the loss of her parents and the heartache of an abusive orphan childhood. I understood Alexandria’s reluctance at the shocking revelation of who she is, to accept she is a princess and perform her royal duty. I was pleased by Alexandria’s decision to which of the two worlds she would pledge her loyalty to. For the world she would forever belong to and defend.

In The Name Of The Otherworld is a fun and impassioned paranormal adventure novel with striking characters on a bold journey that will keep readers up late at night while they struggle to put the book down.

Posted on August 10, 2021, in Book Reviews, Four Stars and tagged Hermione Lee, In the Name of the Otherworld. Bookmark the permalink. Leave a comment.