The Dark Age Chronicles: Eve of the Hunters 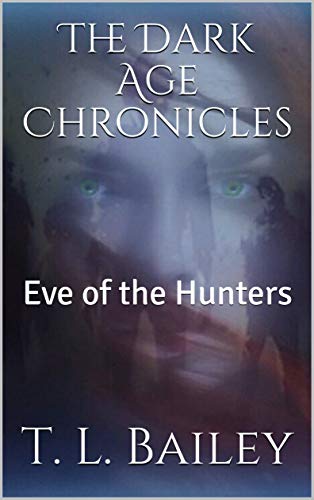 Eve has to get away from Nyx so that she can learn her powers, but it’s not a situation she would prefer but it has to be done. While she’s gone Nyx unleashes evil of all sorts. Thinking they have found a paradise, Eve and the others inadvertently get into bed with the enemy. They meet Lea and James whose depravity they could not begin to contemplate. They all have to fight a demon they do not understand. They must come together as a group if they are to survive. Without their collective wit and survival skills, they might never escape the labyrinth. How do they begin to understand their enemy? Will they live to tell the tale?

For a second installment in a series, this book does not disappoint. T.L. Bailey lives up to her reputation and produces a compelling tale of a team of survivors. A thrilling narration of people who are determined to fight to tooth and nail for the good of humanity. T.L. Bailey plunges the reader right into that abyss with the characters. The story is intricate and filled with well developed characters in a dark but richly developed setting. From the author’s masterful use and manipulation of language, the reader will find the chaos engaging but easy to follow. In simpler terms, be prepared to suffer right alongside Eve and the charming Black.

The dialogue is captivating in its simplicity. The relationships between characters are slow to start but profound once they have time to develop. There is something different in every relationship which is something that I looked forward to when the story circled back to them. The humor in the interactions, I thought, was sometimes out of place but usually fitting. It brought moments off levity that were well executed but broke the well established tension. To be scared of what could come next one moment but smile at something funny the next. That requires skill. I have mixed feeling about this to say the least.

Black is quite the fellow. He especially stands out when he speaks on the nature of human beings. He says that human beings are best when they are at their worst. It is easy to feel like he is the anchor of this whole story. Like he serves a larger role than anyone else. Eve seems inexperienced and almost naive. But, with Black around one feels certain that she could really use her learned power to serve and save others.

There are very minor, very rare instances of misspellings like ‘mist’ instead of ‘midst’. However, this book is far too entertaining and intriguing to penalize it for something ever so mundane. The sheer detail of narration and skillful writing makes it a gem.

Posted on May 9, 2019, in Book Reviews, Four Stars and tagged T.L. Bailey, The Dark Age Chronicles: Eve of the Hunters. Bookmark the permalink. Leave a comment.