It May Surprise You 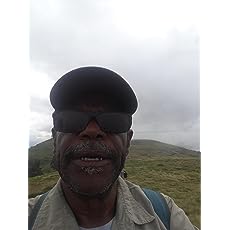 Immersed In West Africa is the dramatic recounting of your trek across West Africa. What was the inspiration that made you want to capture your adventure in a book?

I have been traveling like this since November 2014. During that time l was encouraged to write a blog but that seemed like a lot of work and thus l declined to do this. However, the request that l properly record what l experienced led me to start a daily Facebook post while on the road. This was started while l was in South America. Having started, l thoroughly enjoy it!

I enjoyed the way in which you conveyed the numerous obstacles you faced along your journey. Is there a moment in your travels that you can point to and say ‘that changed me’?

Since 2014 l have had many close calls, so to speak. However, doing the depth of research that l do before hand reduces the impact of these obstacles as l encounter them. It may surprise you to know that the thing that impacted me most was seeing the young boys in Dakar driving their mule carts. Clearly, these boys were not attending school. In the knowledge based society, education is key.

I enjoyed the photos you included in the book. What was the decision process like in picking what pictures to include?

The selection of pictures was a combination of which ones brought home the tale which was being told and which pictures were the most clear and easier to see. When l was selecting from time to time l was disappointed in that l could not find a picture good enough to illustrate the story. Also, as l have written the story in the Facebook form, l have used videos…sometimes very dramatic videos so l would be looking for a picture when in fact l had captured the scene via video.

Do you plan on doing more traveling?

When l graduated from university l had been to four countries. When I retired at age 60, l had been to 42 more countries but over the last five years l have been to 43 countries. But it is not a “ getting a passport stamp “ exercise. I have stayed in most countries from two to four weeks while countries that lack a variety of things to observe and explore see me for five days to seven or eight. I want to continue in this fashion until l visit upwards of 150 countries. 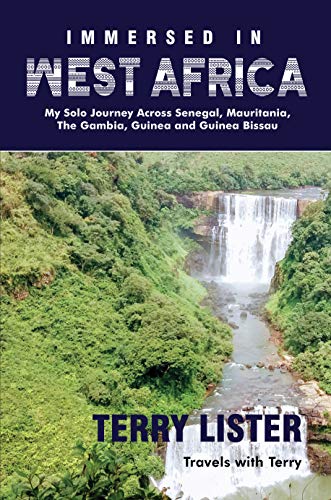 Immersed in West Africa is NOT one of those cookie-cutter guide books. This is the powerful on-the-ground diary of one man’s solo journey through West Africa. For roughly 60 days, Terry Lister traveled across Senegal, Mauritania, the Gambia, Guinea and Guinea Bissau. What he experienced touched both his spirit and his soul. The ups and downs of travel, the people, the transport, the weather, the food, the haggling…he welcomed it all.

From harrowing experiences with border police, to day-long travel on crowded mini-buses, Lister’s accounts of daily life shed light on the real side of Africa, and are sure to both entertain and educate you.

Travel is the best educator and Lister shows us that while Africa is still the brunt of many jokes and misconceptions, it is more than worth the visit. If you are someone who’s been a bit afraid to travel into Africa beyond the big tours, this book will inspire you to step out with courage and faith. While your experience will be your own, it is one guaranteed to inspire and motivate you to be the best version of yourself.

So let’s step into this adventure together!