In a Race to Stop Him 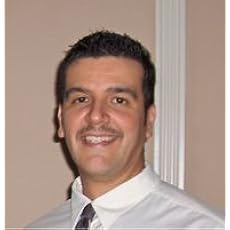 Darksiege Triumphant follows a brave knight who embarks on a quest to stop a dark force from carrying out an evil plan. Was this story an organic continuation of the series or did you plan it before writing?

The raw framework was initially there as my idea to continue from Book Five, Knighthood’s End – a final confrontation between Qualtan and Darksiege – however, the how and why became somewhat different. Initially, when I first thought about this plot, there was no involvement of the School in the turn of events. It was merely to be Darksiege on a quest to summon/release an evil group of supremely horrific/powerful beings under his assumed control, with Qualtan and his allies in a race to stop him. However, this started to sound too much like the plot from Book Three, Prison Planet of the Mah-Lahkt. In addition, as I had begun fleshing out Darksiege over time, as he was the more rational of Those That Stand in Shadow (the main antagonists in the series), it made sense that he would never risk his own skin in attempting to control creatures more powerful than he was. In fact, readers of the series will be familiar with the fact that in Book Three, Darksiege actually betrayed his fellow Evil Ones to prevent them from doing just that! He wants power, not complete destruction. So there had to be something more unique here, and I thought, why not have both characters, powerful and somewhat arrogant in their own rights, be duped by someone else? Thus, the story began to grow on its own once I took a step away from the original concept and added some additional character complexities.

I enjoyed the dynamic characters you’ve created in this story. What were some ideas that guided their character development?

Darksiege, the main enemy here and in the series, I wanted right off the bat to be interesting beyond the typical evil moustache-twisting villain. This story was also an effort to humanize him more, show things from his perspective and how he viewed his own position vs. those of his fellow Evil Ones. The others of his ilk had eventually murdered the humans responsible for rearing them/keeping them safe until they were ready to be unleashed to fulfill their evil destiny. Darksiege, with more human blood than his kin, had shown mercy to his foster father, allowing him to live and become his chief servant/advisor instead. That showed a deeper connection between Darksiege and those he was forced to prey upon, and thus a more personal reflection for our main villain as to why he was who he was.

Of course, Vanessa at this stage is continuing to evolve with her new life – and like anyone who has left a definition of who they were to start over as something different, feels vulnerable and unsure of where she must go next. It was natural that someone who seemed to get that would instantly be someone she would seek a closer connection to, although obviously the mystery of why her new friend Muirna seems so comforting opens yet another mystery to be resolved in the finale of Book Seven…

I enjoyed the authenticity of the character relationships in this book. Is there anything in this book that you pulled from your own life?

I think it comes more from the expectation/hope all of us have – who wouldnt want or look for a close friendship with others like an alternate family? I grew up lacking some of those connections based on hardships experienced in both health and from a precarious financial existence stemming from the divorce of my parents, so you could say the comradeship Qualtan experiences is a projection or extension of what I think I wanted back then. All of these characters have forged deeper ties with each other since they first met in Book Two, The Rise of the Slavekeepers, each with their own personal needs and wants, and I think by keeping those foibles in mind and not reducing them all to stock background supporting characters helped to “authenticate” their relationship with each other.

What can readers expect in the next installment in your Forging of a Knight series?

Book Seven – Against the Alliance! The last in what I am currently calling the “First Series” of Forging of a Knight – here all the subplots combine, and all the questions answered (while some new ones are posed). Old characters return from throughout the series, and new ones are made known when the Alliance finally goes to war against the School to prevent the formation of their own Knighthood, and Qualtan must duplicate the quest his father and uncle had successfully achieved many years before to win the final war against Those That Stand in Shadow: The First Knight must find the Master of the Great Beasts, the legendary one-eyed Dragon King, and gain his help before the war destroys them all. Should be available soon!! 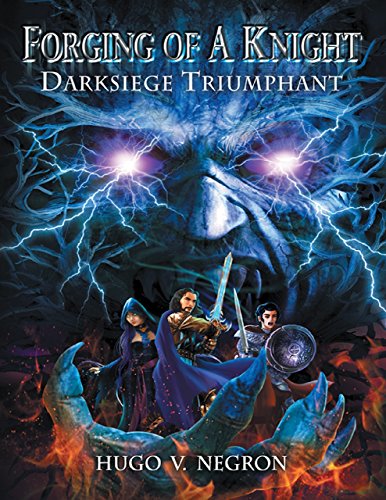 The sounds of battle continue. Qualtan and Bartholomew are two knights of the new Order who are leading the way. Qualtan’s wife, Vanessa, is a powerful winged girl who watches protectively over him. Unfortunately a betrayal from the School has now provided Darksiege, the last of Those That Stand in Shadow, with the means to achieve ultimate power. A mighty artifact, divided and cast into different realms, will spell doom if found. As Qualtan, Glaive, Cassandra, and Bartholomew travel to dark and terrible places including present-day Earth to prevent Darksiege from gaining victory, all is not as it seems. While Darksiege and his opponents attempt to determine whether they are involved in a true quest or have been deceived into playing a much deeper game,. In this fast-paced fantasy tale, a brave knight sets out on an ambitious quest to stop a dark force from carrying out an evil plan.