← There Was Much More To Tell
Thy Paintbrush to Abstracting Images → 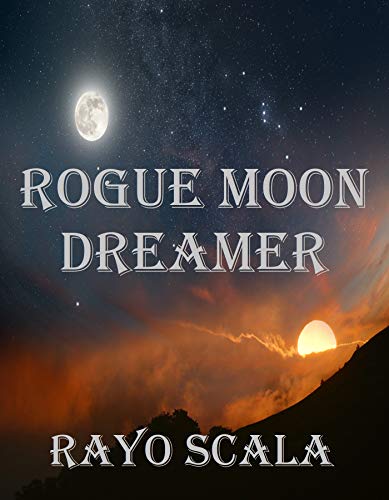 Rogue Moon Dreamer by Rayo Scala is a thrilling drama set in the late sixties and upt to modern times, carefully showcasing the progression of the life of young Ryker. 1960, a young boy is terrorized by nightmares foreshadowing an inevitable gloom. Ryker is an enthusiastic and defiant young seditious boy intended to be a conscious reformist but is somehow crushed by the cruel world; he is too disappointed in humanity and humans and convinced of their doom. Living a lonely life, will he be able to find peace, or is something else waiting for him? Is this world going to change for the worse?

The book is a captivating tale of the strong connection between humans, nature, and animals. Ryker is not a typical hero but finds his way into your heart with his ruthlessness and resilience. Ryker’s character grows on you and his journey becomes your own. His character arch is well developed, he is a radical, uptight young man who secretly grows weed, in the beginning but he evolves throughout the book, in truly riveting fashion, and becomes a compelling character at the end of this thought-provoking novel.

The books narration is observant and provides thoughtful commentary on humanity and society and its impending doom that is too scary but realistic. The carelessness of humans and their lack of foresight always draw in trouble. The book is fiction and doesn’t answer questions directly but shakes your beliefs instead, and makes you question recent developments, which have sadly taken a destructive path. This astute assertion is harsh at times but correctly points to self-sabotage and instant gratification of people.

While I found the prose easy to understand and engaging, I felt that the story could get a little didactic at times, but no less intellectually invigorating. The colorful moralizing punctuating this stirring book is intriguing, but I would have liked to have been shown ideas through the narrative rather than directly told.

Rogue Moon Dreamer is an enjoyable and suspenseful and provocative read. The idea behind the book is endearing and contemporary, it’s what we all need to hear in today’s times.

← There Was Much More To Tell
Thy Paintbrush to Abstracting Images →