← The Bit Dance
Unglued: The Book of Strafe →

Mother of Freedom: Mumbet and the Roots of Abolition 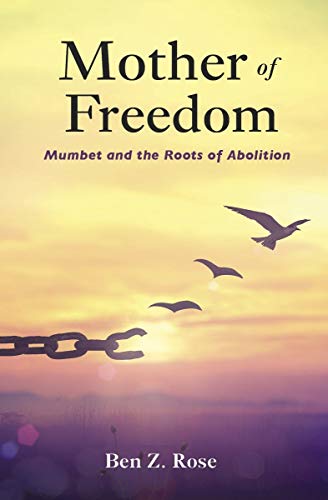 Mother of Freedom is a quick and informative read that explores the life of the first enslaved African American woman to file, and win, a freedom lawsuit in Massachusetts. Mumbet was a spirited woman who was born into slavery. How can an illiterate slave win her freedom in a court of law?

I definitely don’t recall ever hearing the name Mumbet in history class or what people believed was her true name, Elizabeth Freeman. Even when Black History Month comes around I can’t say that I recall her being mentioned. That might just be because people think of it as more of a footnote in history than some world-altering event, but I think it’s more than a footnote because she was the first woman to successfully sue for her freedom which is a huge accomplishment, especially during the 1700’s, when being a slave was rarely challenged. Mother of Freedom does an exceptional job of piecing together this heartrending account of one woman’s life and trial.

I found Mumbet to be absolutely fascinating. The friendship that forms between her and her white-skinned lawyer was endearing. Their friendship was formed under stress and it’s no wonder they were friends for a lifetime. Mumbet was hired and helped to care for his wife and she also cared for his child. Mumbet didn’t know how to read or write, which I am shocked that the family she cared for didn’t try to teach her (although I am shocked at the entire institution of slavery), but even without those abilities, she was a bold, loyal, brave, and caring. Her story reminds me of Dred Scott’s story. Although Dred lost his case for freedom, Mumbet and her lawyer succeeded.

While I did find the history interesting, the book as a whole didn’t feel complete. That is in no way the fault of the author, there just isn’t very much information on this particular event. I honestly find it odd that more information isn’t written about this fiery woman and her landmark case, or that it isn’t taught about in school. But this is a minor point in an otherwise exceptional story told with a straightforward tone. Author Ben Z. Rose shed’s light on a little known historical figure, and the roots of the abolition movement, that any reader will enjoy.

Posted on May 9, 2020, in Book Reviews, Four Stars and tagged ben rose, history, mother of freedom, nonfiction. Bookmark the permalink. Leave a comment.

← The Bit Dance
Unglued: The Book of Strafe →